The formula for an amazing Future track is simple, Drugs plus misogyny, times autotune, divided by bass equals a head thumping record that makes you drive recklessly and text your ex that you have no real intention of getting back with. I NEVER EVEN LIKED YOU follows the toxic avenger, Atlanta’s own Future on his seemingly endless list of escapades. He has been the poster boy for bad boyfriends everywhere and even though he has... 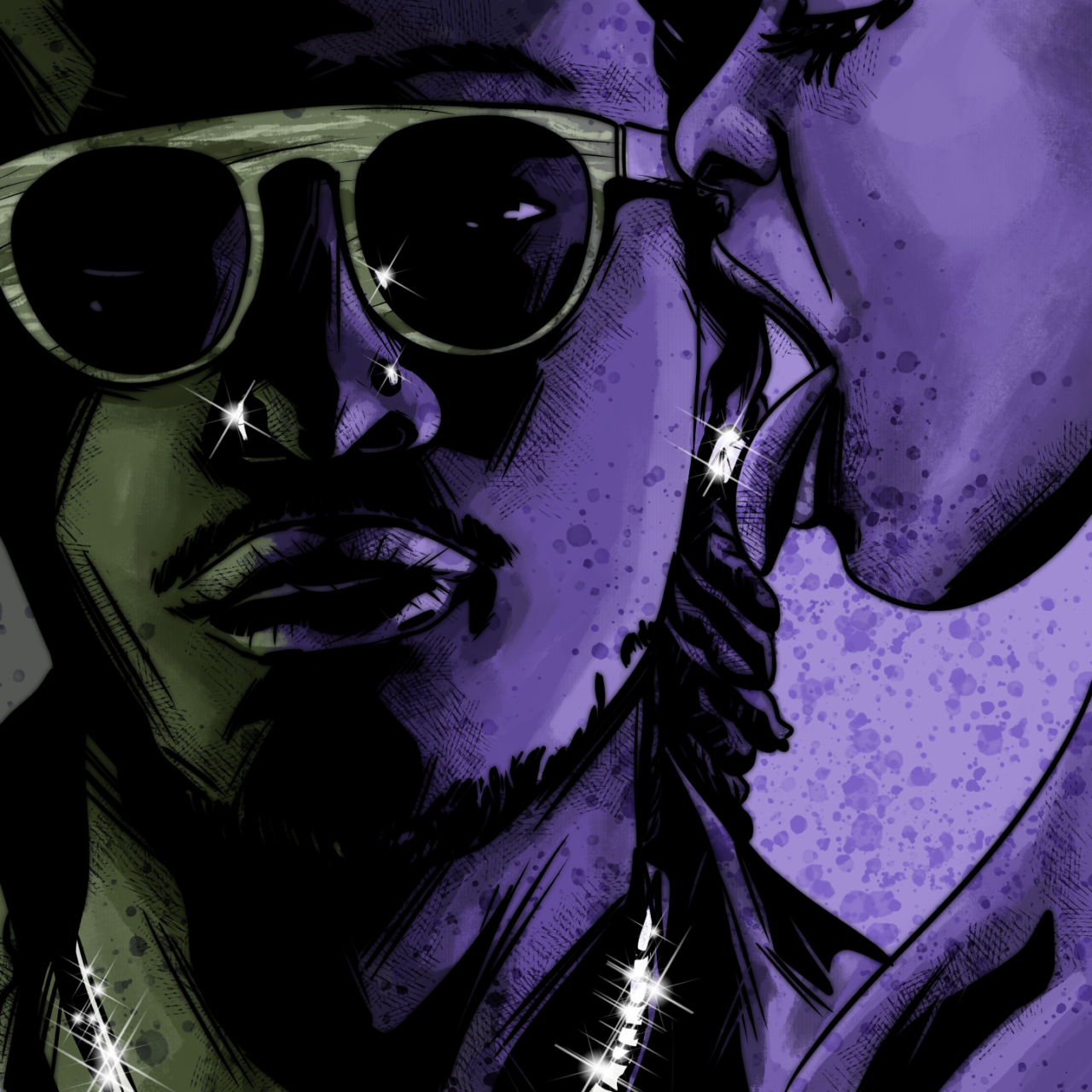 The formula for an amazing Future track is simple, Drugs plus misogyny, times autotune, divided by bass equals a head thumping record that makes you drive recklessly and text your ex that you have no real intention of getting back with. I NEVER EVEN LIKED YOU follows the toxic avenger, Atlanta’s own Future on his seemingly endless list of escapades. He has been the poster boy for bad boyfriends everywhere and even though he has become a meme in the last few years this album does not fuck around. Here are the three most interesting things about Future’s latest full length studio album I NEVER LIKED YOU.

This Album Has Two Heavy Hitters

Two weeks after its drop “WAIT FOR U” is still number four on the Billboard charts giving the album the pop cred it needs for relevance and enough staying power to boost numbers into Grammy season. The song features Drake and the duo simply can’t miss both being appearing on each others album’s best projects for the past decade and it doesn’t look like it’s stopping any time soon. The melodic beat plays over a steady high hat and heavy kick giving Future and Drake room to use their best assets, their voices.

“Puffin on Zooties” is my personal favorite of the album, for me that’s my favorite version of Future, true to the streets bars on a relentless trap high hat that rides through the majority of the song. The simple guitar progression paired with his autotuned voice that he manipulates now with ease is a great song to drive to especially if your car has bass.

Future is a chameleon at times, the most streetwise player but also the relentless romantic which expands his audience’s experience and the lasting effect of this project as a whole.

If the YSL Charges Hold Up, How Long Till They Come for Future?

Just a week after fellow Atlanta rappers Gunna and Young Thug were arrested under the Racketeer Influenced and Corrupt Organizations Act or (RICO) charges where they’re lyrics were used as an “overt predicate Act”. Meaning the lines in their songs are being used as the cornerstone of the investigation into their label Young Stoner Life (YSL).

If this is the new standard Future may be in trouble.

Off his record  “I’m On One” Future confesses to robbery, murder, gang activity, guns, and in possession of large amounts of various drugs.

Niggas pullin’ robberies in this bitch, we ain’t just trappin’

If another body drop, the feds might just snatch me

Man down, I’ma be overseas when it happen

Word around town, got them Ps in the attic

Bars if I’m being honest but is this art or can this be held against him one day?

At the very least he makes it very clear on “I’m DAT NIGGA” that he is affiliated with killers, drug dealers, and scammers.

There is the other extreme where he says he has ties with fentanyl on “LIKE ME” with 42 Dugg and Lil Baby. There are no limits or boundaries where Future won’t go to expand his drug empire or that wicked image.

Future lives a life of excess and his lyrics are a window into his dangerous yet opulent lifestyle. If his lyrics are any indication he is ready to ride this thing out till the wheels fall off. He has cemented his legacy deep in the darkest corners of drug culture and frankly from an entertainment standpoint, I’m here for it.

His Influence Continues to Dominate

Future sets the bar for the hip hop world by keeping real to the streets and killing the game on the charts forcing the world to recognize his now everpresent influence. It has been 7 years since the release of his pinnacle album DS2 aka Dirty Sprite 2 that changed the rap world and etched himself as a Hip-Hop innovator.

His style is responsible for the shift in Atlanta trap that now has shaped other superstars like Gunna, Young Thug, Juice Wrld, and Future’s main producer Metro Boomin to name a few.

Future has been one of the best rappers to feature on an album in the last few years but he himself called all the stops by getting Kanye West, Young Thug, Gunna, Drake, Kodak Black, Lil Baby, and Lil Durk all to appear on the project with solid features.

In an interview recently Kanye West proclaimed Future as the “The Most influential artist of the 2010’s”. That’s high praise coming from probably the biggest cultural innovator of my lifetime when it comes to beats, rap, and fashion.

I NEVER LIKED YOU continues in this tradition of innovating while staying true to the things that made Future famous, the infamous lifestyle, a deep bassy autotuned voice, and solid use of strings including live bass in his songs.

Miami GP: What Went Down During the Momentous Inaugural Race Weekend

“American Heartbreak” – An Album for Us All