The Suicide Squad is one of my favorite big-screen experiences of the last year and now it’s back specifically not on the big screen. One of the biggest surprise announcements in the DCEU is the announcement of a spin-off from a movie about lower-tier supervillains. As a fan of both James Gunn his more recent work on The Suicide Squad, this was one of my most anticipated shows of the year. While we’re only halfway... 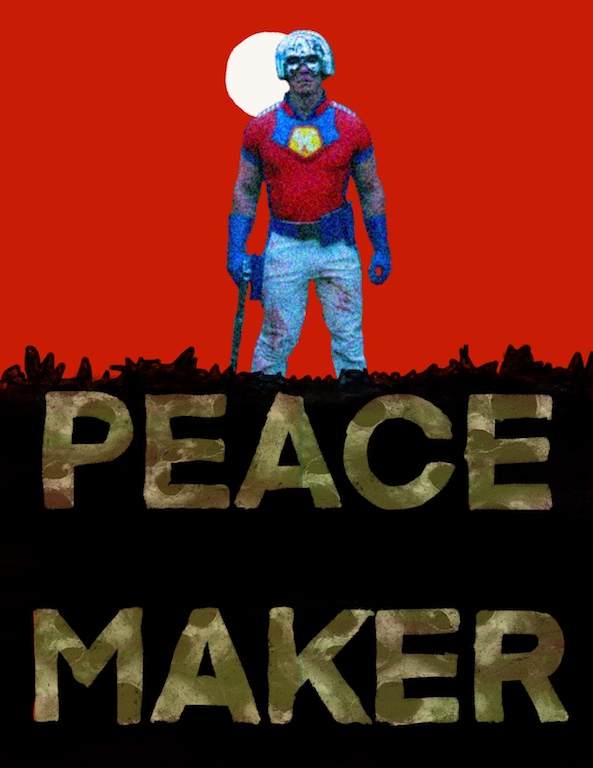 The Suicide Squad is one of my favorite big-screen experiences of the last year and now it’s back specifically not on the big screen. One of the biggest surprise announcements in the DCEU is the announcement of a spin-off from a movie about lower-tier supervillains. As a fan of both James Gunn his more recent work on The Suicide Squad, this was one of my most anticipated shows of the year. While we’re only halfway through (at the time of writing) and the show is far from perfect, strong performance, writing, and direction make Peacemaker a can’t miss.

There is a lot to like about the show, starting with the scripts by James Gunn. Despite some inconsistent story structure (more on that later), the character work here is incredible. The focus is obviously focused on character dynamics more than anything else with the exploration of relationships and how the more serious side of the Peacemaker character. While the character was pretty layered in The Suicide Squad there are more dramatic elements here. This is likely a luxury due to the character no longer being in an ensemble piece, but I do feel like a part of it is the environment that Gunn wants to focus on. The decision to return to the character’s hometown and pairing him with characters he’s more familiar with opens up more opportunities. We actually get to see an interesting character dynamic with Peacemaker’s father and formal friendship with Vigilante. We also get to see how he changes to get along with new people. The humor also always lands even when it plays it more for shock.

Of course, what really brings the writing to life is the performances by the cast. John Cena once again proves himself as a capable performer bringing both humor and emotion. The big surprise for many people is Freddie Stroma as Vigilante, the loveable and funny psychopath. Returning Steve Agee and Jennifer Holland also makes for the perfect sense of familiarity for the original movie while also being able to stand out on their own in this show. One of my favorite performances has to be Daniella Brooks as Leota Adebayo, who is able to balance the fish out of water while also hinting at more to come.

The filmmaking is also strong. There is a fantastic music selection with some great direction. James Gunn doesn’t direct the entire show, with episode four being taken on by Jody Hill, but it does remain strong. I do think that some might feel that the fourth episode’s direction isn’t as strong compared to the first three episodes helmed by Gunn, but I feel like this has more to do with the set pieces set up in the episode. Hill does a great job with his episode and I look forward to seeing what the other directors do with the show.

Luckily there isn’t anything bad to Peacemaker but there is some rust in the metal, starting with some of the story structure. While I love the writing itself, when it comes to story structure it can feel like the pacing of the show is stalled at certain points. The fourth episode makes very little story progression and feels the most based in exposition. This might be due to James Gunn being new to the television format or maybe it could be the decision to move forward with the show so quickly. I do find it forgiving as this isn’t the only show guilty of this and I’m impressed with how the first three episodes flow together. The fourth episode is still largely entertaining and has some impactful moments, it’s just a large portion of it feels like filler.

I’m also going to say this, much like The Suicide Squad, Peacemaker does not have the same appeal as a lot of film or TV in the superhero genre. This show can be bloody (for both effect and jokes), foul, and has an overtly racist character. While the racist character is undoubtedly going to play into larger themes for the show, I understand that some people might have issues with the content around the character. Luckily there is a good basis to figure out if this is a show for you. Did you like The Suicide Squad? If yes, then this is a perfect show for you.

Peacemaker is a can’t miss for fans of James Gunn and The Suicide Squad. While there are some hiccups in the storytelling, it’s still a worthwhile journey thus far. I can’t wait for the next episode and I can’t wait to see how Peacemaker ends.