San Diego has many big events throughout the year but it’s hard to argue any are bigger than Comicon. Anyone who lives in SD County knows downtown is nothing short of electric that weekend. Not only does Comicon bring one of the biggest pop-culture conventions in the world to SoCal but it also brings many different smaller art installments, restaurant pop-ups, concerts, tech displays, marching bands, etc. It truly is a phenomenon. I went to...

San Diego has many big events throughout the year but it’s hard to argue any are bigger than Comicon. Anyone who lives in SD County knows downtown is nothing short of electric that weekend. Not only does Comicon bring one of the biggest pop-culture conventions in the world to SoCal but it also brings many different smaller art installments, restaurant pop-ups, concerts, tech displays, marching bands, etc. It truly is a phenomenon. I went to Brick by Brick on Friday July 20th to watch the band Galactic Empire. 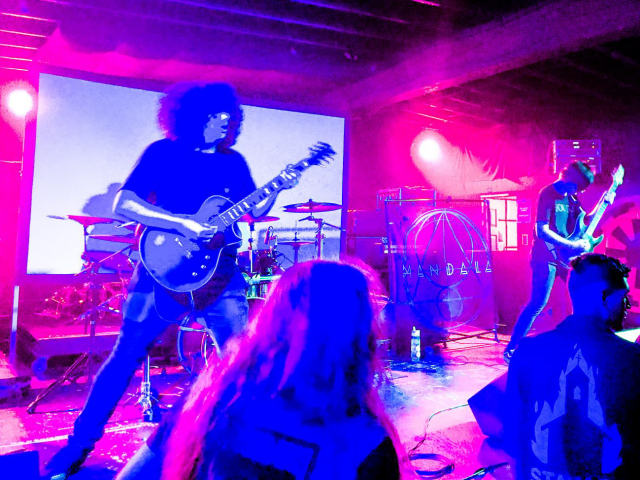 The opener was a young hardcore band called Mandela. Four passionate local kids who played a very uniform well-rehearsed set that brought back memories of me moshing to metal bands as a teenager. The drummer had a relentless double bass drum from start to finish. His rolls were clean and perfectly on time. There were two guitarists but both were so talented I couldn’t pin point who was the lead and who was the rhythm. They switched between songs, I have a feeling this has to do with the writing process. The singer reminded me of death metal bands like Children of Bodom, Cannibal Corpse, and Mastodon with his boisterous deep howl. The second band was called Super MadNES and lead a swaray of old Nintendo music though the lens of Rock and Roll.  Not to mention they had a guy on keytar, yes you read that right. It took me to a weird part of my childhood because I remember listening to these songs in my brother’s basement bedroom pounding away at a plastic controller. They played songs from Castelvania, Double Dragon, Batman, and Mega Man. They were super fun and a retro treat. 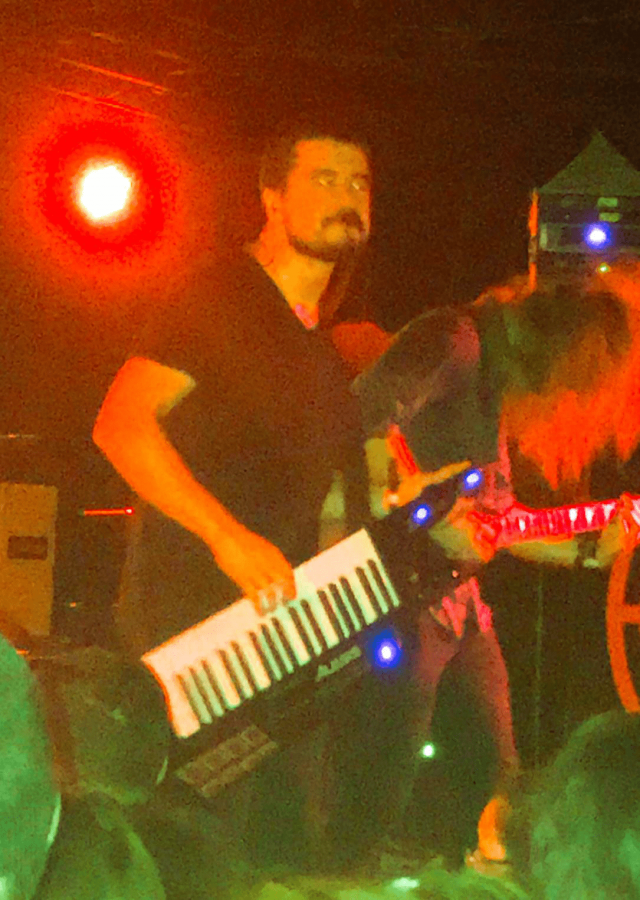 The headliner Galactic Empire formed in 2015 playing songs originally from Star War movies. They have developed quite the cult following over the years and currently are standing at 16,000 followers on Instagram. Coming to this show I thought this would be another gimmick cover band but boy was I wrong! This motherfucker was a full on experience including smoke, skits, lasers, light sabers, not to mention Darth Vader on lead guitar. Each member could shred respectively, this was a gas guzzling speed metal band at heart. The music was originally written by the legendary film composer John Williams. The Ensemble was made up of a storm trooper (rhythm bass), Emperor’s Red Guard (rhythm guitar), Boba Fett (drums), Kylo Ren (lead bass), and Darth Vader himself (rhythm guitar). These guys do the job of a full orchestra using five members. Yes, they are a metal band but they have the crisp timing of a classical troupe. Many of William’s scores are known as modern masterpieces and are only rivaled by his own works in other films. The fact that Galactic Empire plays some of the most iconic themes in all cinema coupled with truly talented artists made this show a treat. They played classics like the Star Wars theme song; The Imperial March, Dual of the Fates, and yes even the Cantina Song. If you think that you haven’t heard any of those songs, you have, I promise you. This band mastering his music is an indicator to me of how talented the musicians are behind the masks. 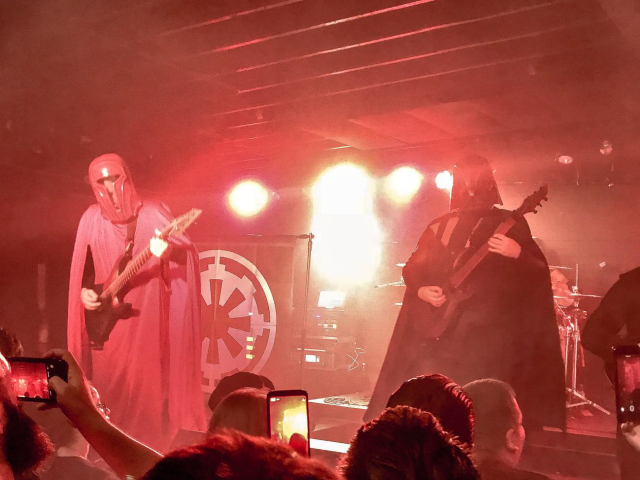 In my opinion the Star Wars film series is one of the most important works of modern visual art as well as an essential part of Americana. The characters, music, themes, and visual artistry evoke such emphatic nostalgia that so many people from different walks of life can relate to. Galactic Empire tapped into every bit of that wistful affection for the past during their time on stage. Since Disney keeps making Star Wars movies Galactic Empire will have new songs to master in the realm of metal for years to come. I would recommend experience this band at least once even if you don’t like metal or Star Wars because the overall experience was that good. May the force be with you. 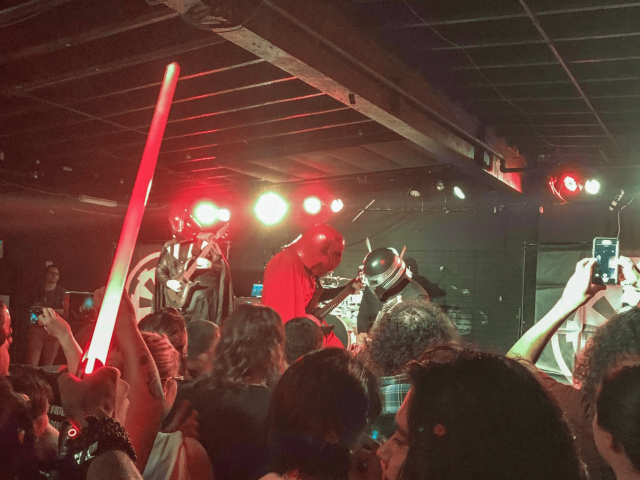