Regardless of the reasons, it’s pretty inarguable that Georgia Congresswoman Marjorie Taylor Greene is about as popular in 2021 as Alexandria Ocasio-Cortez was in 2018. Just 2 weeks ago, Marjorie Taylor Greene (who the other media folk have given the super neat nickname of MTG) was the subject of a resolution in the House of Representatives to get her stripped of committee duties after a long, long list of anti-democracy actions were brought to the... 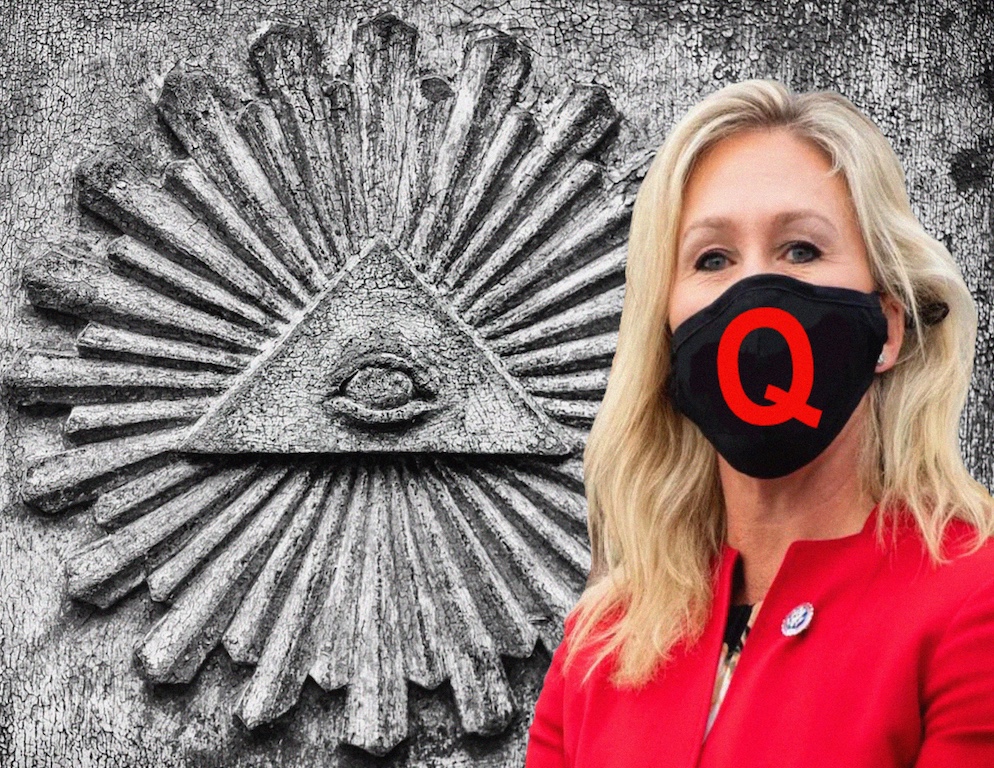 Regardless of the reasons, it’s pretty inarguable that Georgia Congresswoman Marjorie Taylor Greene is about as popular in 2021 as Alexandria Ocasio-Cortez was in 2018. Just 2 weeks ago, Marjorie Taylor Greene (who the other media folk have given the super neat nickname of MTG) was the subject of a resolution in the House of Representatives to get her stripped of committee duties after a long, long list of anti-democracy actions were brought to the light (more on them later… plenty more). Since that resolution, she has raised nearly half a million dollars for something she simply calls “a message to the Democrat mob.”

What that message is, is surely an enigma, as she continues to fail by every political measure (but money makes the world go round), let’s have some fun and speculate, based on some of her beliefs.

Never did I think that this would be a section header in a non-satirical piece I wrote, but then the Republican party went and existed in 2021. Could MTG’s message to the Democrat mob come from outer space? Her beliefs certainly paint it as a possibility.

In 2018, amidst a particularly bad year for wildfires in California, MTG shared content on social media that staunchly opined that the fires were caused by a Jewish Space Laser. The only other time that anti-Semitism and space have been so closely intertwined was when the human race propelled its first object into space (Googler spoiler alert: it was a Nazi test missile).

Author opinion: If the Jewish people actually had space lasers, Marjorie Taylor Greene wouldn’t be so openly hateful towards them… because she’d be fried to a nice, southern crisp by now. 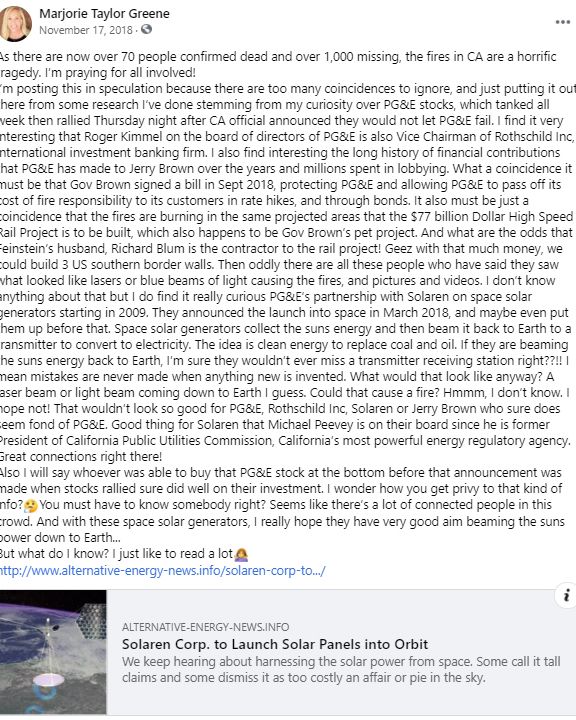 Author disclaimer: I’m hard to upset… but MTG got me steaming when this video surfaced of her harassing an advocate for safer gun laws David Hogg, who witnessed 17 of his friends die at the Parkland, Florida school shooting in 2018. Admittedly, what she wants by putting on these pony shows is to trigger folks, and she got me there. She also claims that the Sandy Hook shooting was falsified, as well as many others, all in an attempt to get guns banned in the United States.

Yep. She’s onboard. Just read any of the other paragraphs if you need confirmation.

Death to Her Colleagues

Another subheader I wouldn’t have thought would find its way into any non-satirical political writings in my lifetime, but sure enough, U.S. politics proved me wrong well before my 35th birthday. She made social media posts (in fairness: prior to running for Congress… but also in fairness: that was only a year ago) suggesting that a bullet to Nancy Pelosi would be the best way of removing her as Speaker of the House (the one Greene now ‘serves’ in).

Surely those kinds of statements could be taken as sarcasm, but when 2 years later a mob of her supporters kill people during an insurrection at the U.S. Capitol, it’s at least fair to suggest that her ceasing that kind of language and rhetoric would be good for America. She has yet to infer that any of the actions at the Capitol were wrong.

Most likely, not. Her officemates have already requested unprecedented moves to other parts of the Capitol. She has been stripped of her duties serving on House committees, and her approval ratings are laughably low. Republicans are embarrassed by her, and Democrats are still wondering why she exists. Her own existence, however, is tried and true, as she continues to rake in huge amounts of money to send her message to the “Democratic Mob.”

Either she is just pocketing her donor funds (likely)… or she has some even wilder, well-funded fireworks to pour onto the U.S. political circus that continues to be a great source of entertainment for the rest of the world.

Legend versus prodigy: Super Bowl 55 Headlines Brady dueling Mahomes in a Legacy Battle for the Ages

Judas and the Black Messiah Review