Rookies have been a part of most football fans’ lives since the very beginning.  Whether it was unboxing a pack of Topps rookie cards, tracking them down at training camps for an autograph, or buying the new edition of Madden just to play with the rookies – everyone wanted a taste of that sweet, sweet potential. In recent years the NFL has recognized this love for rookies, popularizing rookie-only events like the Senior Bowl in...

Rookies have been a part of most football fans’ lives since the very beginning.

Whether it was unboxing a pack of Topps rookie cards, tracking them down at training camps for an autograph, or buying the new edition of Madden just to play with the rookies – everyone wanted a taste of that sweet, sweet potential.

In recent years the NFL has recognized this love for rookies, popularizing rookie-only events like the Senior Bowl in Mobile, AL., the NFL Combine held in Indianapolis, and the coveted NFL Draft.

But what is it NFL’s youngest crop of players that captivates fans so much? Part of the allure is the mystery of whether a player will work out or not, and some of it is the hope that every fan base kicks off each season with.

But perhaps more than anything, it creates new storylines to follow and new potential favorite players to root for. As the 2022 season approaches and rookie fever hits peak transmission, I list three rookies who have the opportunity to become the future faces of their respected franchises and the league as a whole:

Like him or not, Ben Roethlisberger was the face of the Pittsburgh Steelers for over the last decade and a half. With the Steelers remaining one of the league’s most popular franchises across the country, it only makes sense that Roethlisberger’s heir apparent headlines this list.

Kenny Pickett is New Jersey-born and raised kid with deep Pennsylvania athletic roots. His father was an All-American linebacker at Shippensburg University and his mother was a soccer player at Kutztown University. His sister also played soccer at another Pennsylvania state school, East Stroudsburg University. So it only made sense that following his time at Ocean Township, Pickett would return to Pennsylvania by attending the University of Pittsburgh.

Though it took the next five seasons, Pickett eventually made a name for himself by his senior season, leading Pitt to an 11-2 record and its first-ever ACC Championship. This came on the back of Pickett’s 4,319 passing yards and 47 combined touchdowns.

Mike Tomlin’s Pittsburgh Steelers selected Picket with the 20th overall pick in the 2022 NFL Draft as the only QB going in the draft’s first two rounds. He will have the opportunity to sit behind projected starter Mitchell Trubisky before taking the helm.

But when he does, and if he succeeds, Pickett could be the next big-bodied QB to rock the AFC North, a division that contains iconic QBs like “Cool” Joe Burrow and the nimble Lamar Jackson.

Since the mid-2000s, there has been a long lineage of elite wide receivers for the Green Bay Packers, regardless if it was Brett Farve or Aaron Rodgers slinging the pig skin. Donald Driver, Greg Jennings, Jordy Nelson, and Davante Adams are just a few of the Wisconsin icons that come to mind.

With Adams traded to Las Vegas to team back up with college teammate Derek Carr and time running out on Rodgers’ career, there is a void to fill both on the field and in the culture of the league’s first Super Bowl-winning franchise.

Enter Christian Watson – a physical specimen, standing at 6’ 4’’ that ran a 4.36 40-yard dash at the NFL combine (96th percentile). He hails from North Dakota State University (NDSU), where he never put up truly prolific numbers.

If Watson can develop some of his raw ability, he could find himself as the new go-to target for the back-to-back reigning NFL MVP and a fan favorite by the year’s end.

Despite all the misery, the Lions have brought their fanbase over the last few decades, they’ve had their fair share of iconic players. But whether it was Barry Sanders in the ‘90s or Calvin Johnson (Megatron) in the early 2010s, careers have always been shorter than expected.

Their most recent feat includes their 12-year starter and former No. 1 overall pick Matthew Stafford being traded to the Las Angeles Rams last season only to win a super bowl in year one away from Detroit.

With a little bit of luck (and possibly bad decision-making by the Jacksonville Jaguars), Michigan University’s own Aidan Hutchinson fell to the Lions at the second overall pick in this year’s draft.

Born and raised in the Great Lakes State, Hutchinson played for the Wolverines on their defensive line all four years. But it wasn’t until his senior year that he truly became a standout. In 2021, Hutchinson broke Michigan’s single-season sack record with 14 and was the Heisman Trophy runner-up for his efforts.

He helped lead Michigan to its first appearance in the College Football Playoffs and will now anchor the Lions’ defensive line. Hutchinson falling to the second pick was a gift from the football gods to the great people of Michigan and those who have held true to the Lions’ organization through the years. Let’s just hope this time they get it right around him! 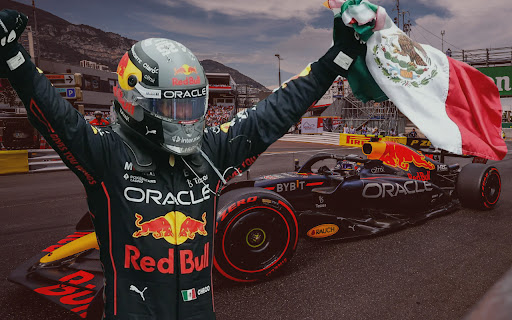