Even as award-season buzz builds for last year’s films, it’s never too early to peek at what’s coming early-2022. Movies Coming Soon: The Worst Person in the World, February 4th Norwegian writer and director Joachim Trier is gaining a lot of momentum for this one. Actor Renate Reinsve has been praised for the way she plays Julie, a young woman “who navigates the troubled waters of her love life and struggles to find her career... 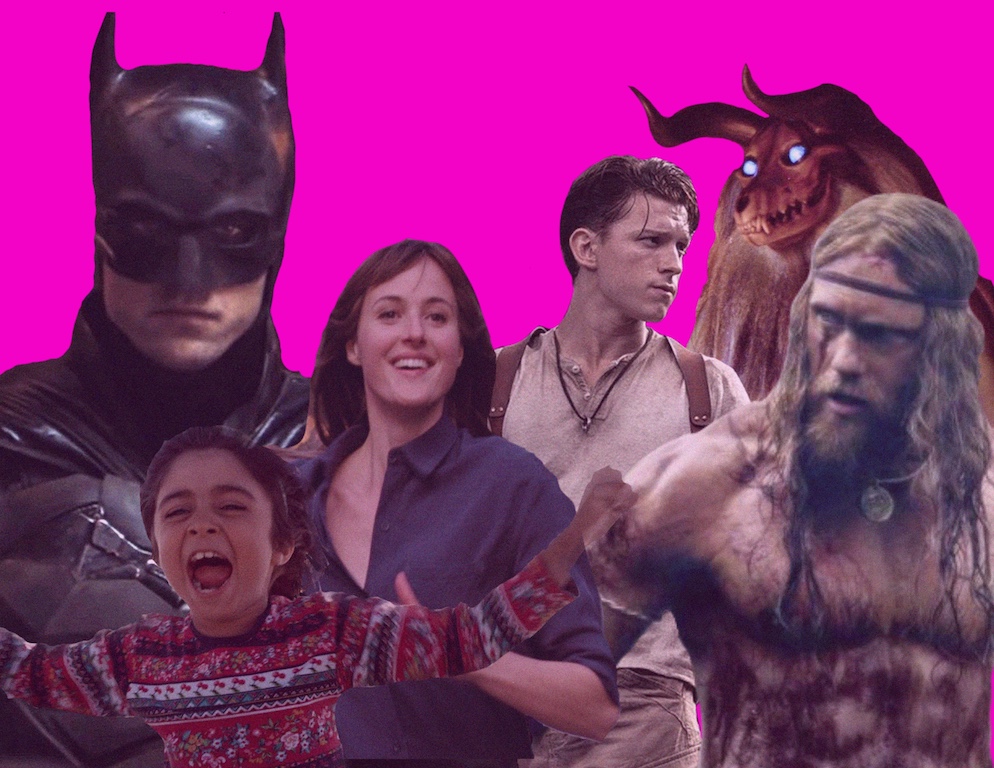 Even as award-season buzz builds for last year’s films, it’s never too early to peek at what’s coming early-2022.

The Worst Person in the World, February 4th

Norwegian writer and director Joachim Trier is gaining a lot of momentum for this one. Actor Renate Reinsve has been praised for the way she plays Julie, a young woman “who navigates the troubled waters of her love life and struggles to find her career path, leading her to take a realistic look at who she really is.” Does that sound relatable, or is it just me? Funny, introspective, and cutting; this is a complex look inside the search for our potential against the backdrop of reality.

If you’re up for getting weird — here’s your chance! I’ve always been obsessed with dreams, and films about dreaming are right up my alley. Writer-director-actor Kentucker Audley’s newest fantasia film conjures up a world where the government records and taxes peoples’ dreams.

One of my favorite video games franchises of all time is making its way to the big screen! The Uncharted series is known for its fantastic writing, epic Indiana Jones-style adventures, and cinematic graphics. I’m biting my lip in anticipation wondering if this will transition well into film. Unfortunately, my expectations remain tempered as video game movies have historically had a difficult time shifting mediums (*cough cough* 2021’s Mortal Kombat). Tom Holland and Mark Wahlberg star.

With an infinite supply of identical-looking superhero movies coming out these days, you’d be tough-pressed to find anything memorable. Fortunately, The Batman is fighting through the noise. Robert Pattinson dons the cowl of the titular caped crusader as he takes on Paul Dano’s “Riddler” and Colin Farrell’s “Penguin.”

Iranian director Panah Panahi was Nominated for a Golden Camera at Cannes for this balanced movie about a family road trip. Mystery ensues as the eldest son goes quiet.

Director Robert Eggers first garnered attention with 2015’s The Witch before making a huge splash with 2019’s The Lighthouse — my favorite film of 2019. Coming soon, The Northman is by far his most anticipated film. About a Viking seeking revenge for his father’s murder, the film is inspired by the tragedy of Hamlet. Based on Eggers’ previous work, the man is more than capable of delivering a drama of Shakespearean proportions.

In this one, the CIA sends Nicholas Cage to spy on his favorite fan, a notorious drug lord played by Pedro Pascal. Also, Nicholas Cage plays the legendary…Nicholas Cage. What more needs to be said?

The 2022 Sundance Film Festival is currently running now until January 30th. Patrons can attend virtually — so long as they’re willing to shoulder the unfortunately high cost. Here are some things worth checking out:

When You Finish Saving the World

Jesse Eisenberg makes his directorial debut with his film about a dysfunctional mother-son relationship.

This highly anticipated film starring Elizabeth Banks takes place in 1968 Chicago and is centered around an underground abortion clinic.

Honk for Jesus. Save Your Soul & Master

Regina Hall is getting a lot of deserved attention as she stars in the two aforementioned films at Sundance this year. I love her, you love her — go see her.

If you’re looking for short films at Sundance, keep an eye out for Huella and Starfuckers. These are two movies made by former colleagues of mine who are immensely talented! Gabriela Ortega wrote and directed Huella, and Matthew Pothier was the director of photography for Starfuckers.

If you’re looking to dive more into the short film world, then I recommend you jump on Vimeo. This platform gives you access to so many brilliant films in an easily accessible manner. From staff picks to your favorite genre, there is always something to surprise or inspire you until your next big blockbuster.