The launch of the first-ever Qatar Grand Prix was an unforgettable one for Formula One fans as the race was filled with remarkable performances. Lewis Hamilton took the victory and Fernando Alonso scored his first F1 podium in seven years. The Qatar GP was held for the first time on the weekend of November 19-21, in place of the Australian Grand Prix, which had been canceled for the 2021 season. With that being said, the... 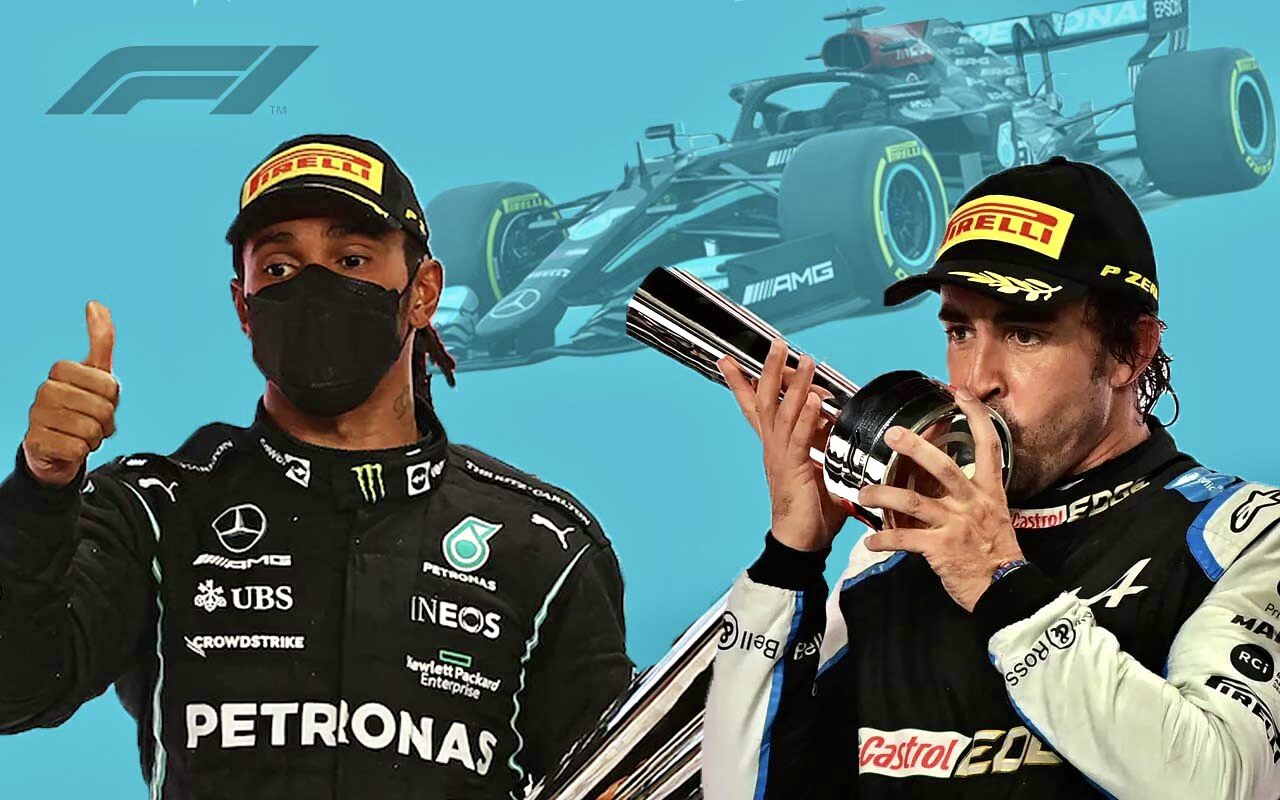 The launch of the first-ever Qatar Grand Prix was an unforgettable one for Formula One fans as the race was filled with remarkable performances. Lewis Hamilton took the victory and Fernando Alonso scored his first F1 podium in seven years.

The Qatar GP was held for the first time on the weekend of November 19-21, in place of the Australian Grand Prix, which had been canceled for the 2021 season. With that being said, the track was new for most of the drivers on the grid.

As the finale of the 2021 season gets closer, the championship intensifies as Mercedes’ seven-time world champion Lewis Hamilton and Red Bull’s Max Verstappen fight for the title, and at the same time, Mercedes and Red Bull battle to be this year’s constructors champion.

With one of his best qualifying performances of the season, Hamilton took pole position in the Saturday qualifying race while his teammate Valtteri Bottas received a three-place grid penalty for yellow flag infringement and started in sixth. Title contender, Verstappen, was summoned a five-place grid drop for breaking the yellow flag rule as well and started in seventh.

Due to Bottas’ and Verstappen’s grid penalty, Alpha Tauri’s Pierre Gasly moved up to start on the front row alongside Hamilton, and Alpine’s Fernando Alonso moved to start from third.

On the run to Turn 1, Hamilton led the race while Alonso pushed his way past Gasly for second on Turn 2, and despite being barged wide on the entrance of the turn by Alonso, Verstappen made his way up to fourth right away.

Gasly ran the final corner of Lap 3 widely, allowing Verstappen to move up to third. Then on Lap 5, Verstappen used DRS to overtake Alonso and secure the second position putting him nearly four seconds behind Hamilton.

Verstappen pitted on Lap 18 for a switch of hard tyres and rejoined just in front of Alonso. Hamilton pitted a lap later making the gap between them reduce to eight seconds.

On Lap 29, Red Bull’s Sergio Pèrez and Alonso battled it out for the fourth position as Pèrez attempted to overtake around the outside but Alonso forced himself through the inside. They went wheel-to-wheel until Pèrez pushed his way to get past Alonso.

“I have a puncture,” reported Bottas on Lap 33 as he was dramatically forced wide and onto the gravel. After some trouble and damage to the car, he was able to make his way to the pits for a change of hard tyres.

Pèrez was called to pit on Lap 41 and Alonso who was behind him emerged his way up to the third position.

“Tell Esteban to defend like a lion,” Alonso told Alpine engineers. Esteban Ocon, his teammate, was in fifth when Alonso said this.

On Lap 46, Pèrez overtook Aston Martin’s Lance Stroll putting him in fourth right behind Ocon and ready for the fifth position battle. As they crossed the line to start Lap 47, with an extra 10 miles an hour, Pèrez forced around the outside and overtook Ocon.

Bottas was retired from the race on Lap 50 putting Mercedes in a miserable loss of points.

Both William drivers, George Russell and Nicholas Latifi suffered left-front tyre issues. On Lap 55, Latifi’s car was retired and a Virtual Safety Car was called out.

With only two laps to go, the podium positioners remained in their places. Hamilton took the victory having led all 57 laps, behind him was Verstappen, and finishing in third was Alonso who for the first time in seven years placed F1 podium.

His second-place finish at the 2014 Hungarian Grand Prix for Ferrari had been Alonso’s last podium in his F1 career. The Alpine driver pulled off a one-stop strategy from the second row on the grid to celebrate a third-place finish.

“Yeah, unbelievable. Seven years and finally we got it,” said Alonso. “We planned a one-stop from the beginning, but we never knew how bad was the wear and the degradation, it is a new race for everybody but I think it was quite well executed the race. The pitstop was fantastic. The team was great. The reliability of the car is superb, and you know they deserve it.”

With Alonso’s third place and Ocon’s fifth, Alpine fired up a 25-point gap over their biggest rival Alpha Tauri in the constructors’ championship.

“It’s been a hell of a year,” said Hamilton. “Back to back wins here, feel good, I feel fit, fitter than I’ve ever felt. Bring on the next two!”

The following GP is the second to last race of the 2021 season and it will take place at the Jeddah Corniche Circuit in Saudi Arabia on December 5.

The weekend will consist of practice one and two on Friday, December 3, and practice three and qualifying on Saturday, December 4.