The Green Knight is from the acclaimed director David Lowery who attempts to adapt Gawain’s journey to find the mysterious Green Knight out of strange pride and honor. Lowery’s new film has terrific acting, music, cinematography, editing, and a strong thematic story to tie it all together in an arguably near perfect package for its intended audience. With that said, The Green Knight intended audience is a very specific one which makes it hard to... 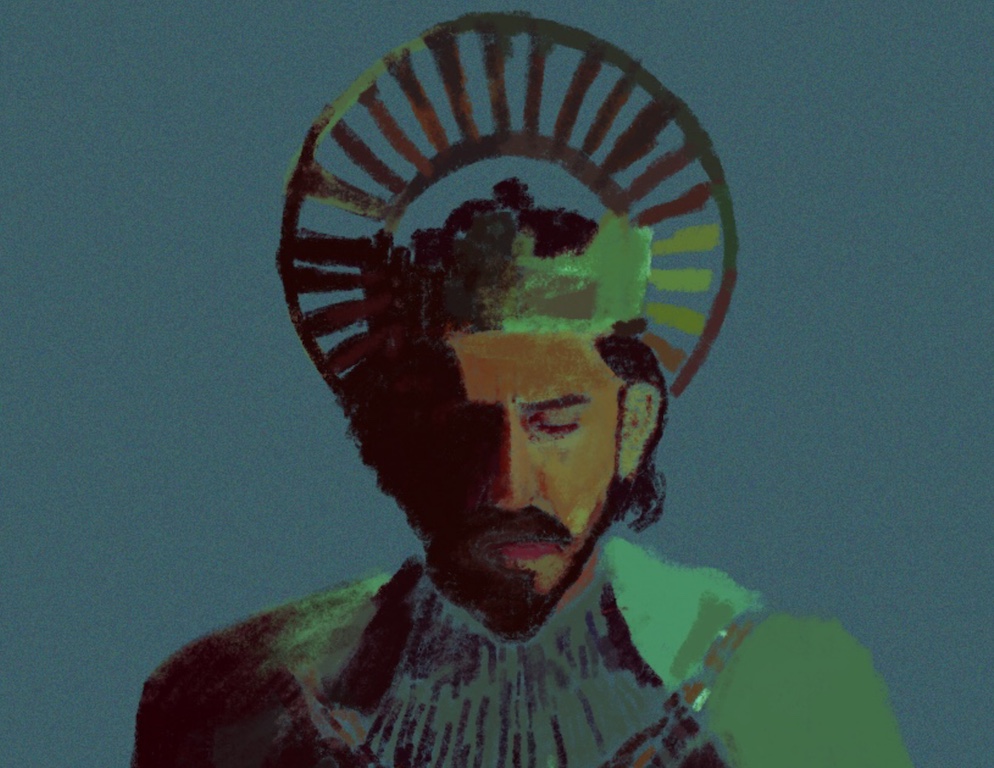 The Green Knight is from the acclaimed director David Lowery who attempts to adapt Gawain’s journey to find the mysterious Green Knight out of strange pride and honor. Lowery’s new film has terrific acting, music, cinematography, editing, and a strong thematic story to tie it all together in an arguably near perfect package for its intended audience. With that said, The Green Knight intended audience is a very specific one which makes it hard to recommend to most people.

David Lowery has a very specific vision in mind for The Green Knight. A vision that seems like it’s full of mistakes when trying to explain them. While some special effects are outstanding, others are obvious with a fox that looks incredibly animated and some effects that are clearly meant to hide cuts in the edit. David Lowery, who serves as his own editor, even breaks continuity on occasion and will use crossfade transitions in seemingly awkward places. These might sound bad on paper, but on screen they add up a vision for a film that seems incredibly fantastical and dreamlike. It’s hard to put into words why these choices work but you have to trust me when I say they do. Don’t get me wrong, the film has a lot of traditional technical strength as well. These choices will just stand out more to some but they help form the film’s larger vision. Lowery directs and edits his script with a clear vision that feels like no one else could do.

Backing up Lowery’s vision is some fantastic cinematography from Andrew Droz Palermo and music from Daniel Hart. Forest and kingdoms have never looked so beautiful with medieval-like folk music accompanying it. The film is shrouded mostly in darkness but there are moments where bright colors shine through to make some fantastic imagery. Set design, costumes, and makeup are also all outstanding as well. No matter what you might think of the overall film, there is no denying that it looks and sounds great.

Dev Patel as Gawian steals the show. While there are many other great cast members that include Joel Edgerton, Alicia Vikander, and Barry Keoghan this is really the Dev Patel show. The entire movie is told entirely from Patel’s perspective so it has to be him that carries the film on his shoulders. He does it with grace and nuance that is both defined but leaves enough ambiguity to allow viewers to fill in the gaps of what he’s thinking and experiencing.

The biggest standout of The Green Knight for me is it’s thematic and interpretative story. Gawain’s journey in the search for the Green Knight is about pride but also expectations… or maybe other stuff too. There is so much to interpret. A lot of the film’s story and intent is up for the viewer to figure out and the movie often doesn’t care to explain itself. Many of my interpretations had to do with Gawain’s own desire being suppressed by pride, honor, expectations, and weirdly enough toxic masculinity. The film shockingly stands by Gawain’s weaknesses as a fighter with him often being beaten during greater conflicts. I feel like there are many ways to read this movie and its powerful ending. I have no doubt that different ideas and interpretations of Gawain’s journey and lessons will come up for years to come, much like it’s source material.

Issues are a weird thing to talk about because I don’t really have any. There are some scenes and sequences that might’ve gone on too long and maybe there are some choices made that don’t really work in the larger scale of the movie. But I only found these after I forced myself to look for issues. I felt like this was a perfect movie for me but keep in mind I’m saying for “me.” Rather than talking about my fault with the movie I’m going to spend a lot of this portion talking about the film’s intended audience versus the general audiences.

As much as I love The Green Knight it’s really hard for me to recommend it to most people. I said the thematic and interpetitive story was a strong point for me, that is the thing that will likely drive most people to hate it. While I love the open ended nature of the film that does come at the price of a cohesion. The story won’t explain the fate of characters that aren’t Gawian. Many big scenes occur that are never referred back to. There are long stretches of nothing happening where some viewers might contemplate while others might get bored out of their minds. This is a slow movie where most conflicts come with the leading character losing and almost no action. In fact, it can feel like the movie spits in the face of anybody expecting some sort of action. Your experience with the movie is entirely dependent on how you feel about a movie asking you to think instead of passively viewing. Does any of this sound okay to you? If the answer is no then The Green Knight is likely not for you.

I think The Green Knight will get a strong fanbase, but that fanbase will likely be very small. If what I said in the last paragraph doesn’t seem like a big deal to you then you will likely find the same enjoyment that I did. I just ask to think really hard if what I said will work for you. While if you like this movie you will absolutely love it, if you don’t like this movie you’ll really hate it. If you do walk out hating it, keep in mind that that’s okay. I’ve been seeing a lot of people that didn’t enjoy The Green Knight calling it the worst movie ever made. That’s disheartening because it does a disservice to work that went into crafting the movie. No matter how you feel about The Green Knight, it’s a film that took a lot of care with the hard work of many people. Don’t dismiss that just because the movie didn’t work for you. Along with that, any potential fans should also be careful on who they push this movie to. I think a lot of people will love this movie and expect others to feel the same way. They won’t. That’s okay. Not everyone has to like what you like.

Some will love The Green Knight and a lot of others won’t. It’s hard to give a blatant recommandation considering the limited audience so I’m just going to focus on what I think. I think David Lowery’s The Green Knight is one of my favorite films of the year so far. There certainly isn’t any other movie that has left as big of an impression on me since before the pandemic. Not everyone will love it, but I do.

The Suicide Squad: Is That Sylvester Stallone As A Shark Man?