Who would’ve thought a movie based on a video game that’s based on a middle school lock-in game would end up being the best video game movie adaptation ever? I didn’t.  While Werewolves Within falters in story logic and isn’t always graceful in its genre juggling, it’s a fun time that should not be ignored by horror comedy fans.  Little Story Werewolves Within follows park ranger Finn, a new citizen of Beaverfield. Not long after... 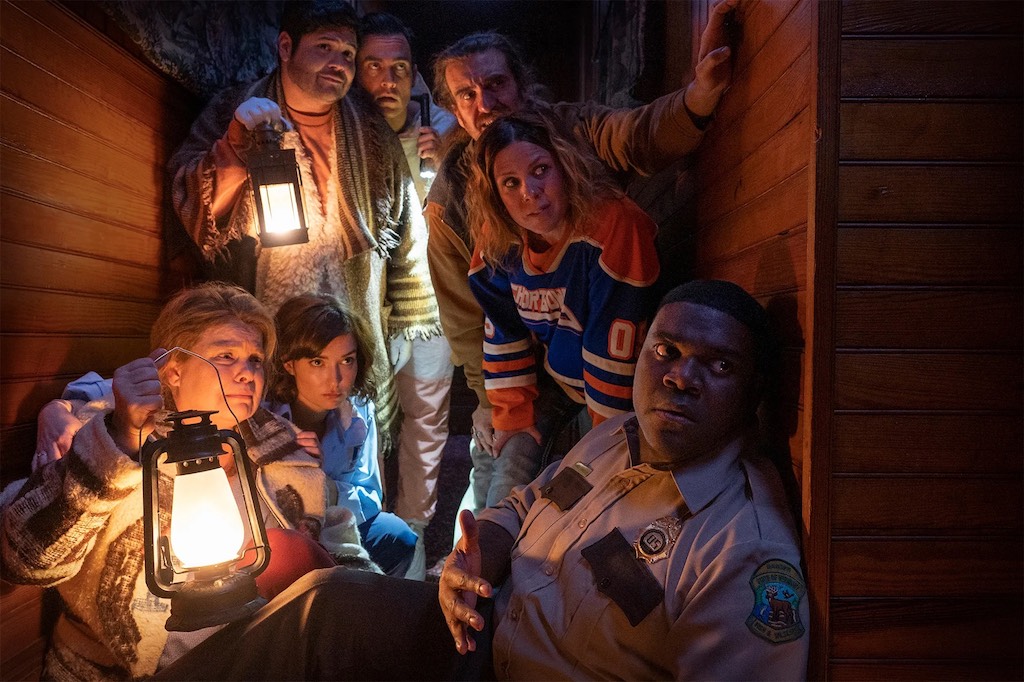 Who would’ve thought a movie based on a video game that’s based on a middle school lock-in game would end up being the best video game movie adaptation ever? I didn’t.

While Werewolves Within falters in story logic and isn’t always graceful in its genre juggling, it’s a fun time that should not be ignored by horror comedy fans.

Werewolves Within follows park ranger Finn, a new citizen of Beaverfield. Not long after he comes to his new home the town loses power and connection to the outside world. Beaverfield becomes under threat of both a dangerous werewolf and its own citizens.

While Werewolves Within is based on a Ubisoft VR game it doesn’t really mean that much in the end. There isn’t that much game to adapt, so writer Mishna Wolff is largely allowed to do her own thing when it comes to the story. This ends up being a positive for the movie where it doesn’t have a required guideline to follow. While the story logic isn’t always solid, it gets the job done to create some humorous scenes.

The best way you can sum up a lot of the film’s components is good enough. Music, cinematography,  editing, and really any technical aspect doesn’t really stand out that much. While this might sound like a criticism it really isn’t. There isn’t any technical aspect fighting to stand out because I think that the production wants the comedy to shine through more than anything. And boy, oh boy does the comedy shine bright.

The comedy here is golden. Director Josh Ruben, from CollegeHumor, can direct some funny scenes with some hilarious characters. The film is a master in the call back with the standouts being some Mr. Rogers and self-help gags. Sam Richardson and Milana Vayntrub as the leads are fantastic together but there are so many other standouts. I would argue that there isn’t any character that’s miscast. My favorite performance is probably George Basil as Marcus probably only because of a knife bit that had me in tears laughing. When I try to think of a joke that didn’t land, all that comes to mind are little clever bits that sneak in during the biggest jokes. If anything, this movie is an incredible display of comedic talent.

Werewolves Within is a great comedy, but the movie can’t escape that it’s billed as a horror comedy. The start of the film actually does a good job building some tense scenes meant for horror, but there’s a certain point in the movie where it decides to drop those ideas on the production side. While still technically a horror comedy, Werewolves Within doesn’t juggle genres as gracefully as some of the greats (Scream, Villain, and Ready or Not): eventually feeling like the movie doesn’t even want to try. There are some scenes that I think were clearly meant to be scarier on paper but then are undercut by a more comedic focus when it comes to production. It feels like a conscious decision to have a more clear focus on comedy after the script was written. I’ll argue that the more comedic focus is better for the film in the long run, but the disregard of horror is noticeable.

I said that the disregard of horror is good in the long run. What I mean is that having less of a focus on tension does distract from the film’s biggest issue, the script. While I did say that Mishna Wolff’s script does get the job done it does end up being the film’s largest problem. The logic doesn’t always follow. Certain plot elements are ignored, some actions taken by characters are reliant on things that happen off screen and don’t always work within the film’s continuity, and certain character behaviors don’t really make sense by the time the film ends. It doesn’t help that the entire conflict of the film is dependent on this town having a citizenship number within the tens. While this made me laugh I genuinely couldn’t tell if this was supposed to be a joke or a story oversight. While I do think that the focus on comedy helps make these hiccups less severe it doesn’t change that they still stand out.

Yes, Werewolves Within does have some glaring issues with its story logic and disregard of horror but with that said, none of that changes how much fun it is to watch. I know that the film probably would’ve greatly benefited with another draft from the script but that doesn’t erase the smile on my face as I was watching. If you can accept that film’s disregard of tension in favor of humor, I think you’ll have a fun time with Werewolves Within.