If you’re ready to take the Mortal Kombat plunge, I highly suggest listening to the theme song to get you hyped for the experience. I forgot just how hard the song bangs, mentally transporting me to a 90’s rave, and of course video game nostalgic glory. Once you’ve done that you’ll be in the proper mood to handle many of the underwhelming and sometimes downright awful aspects of Warner Brother’s new blockbuster movie. Mortal Kombat... 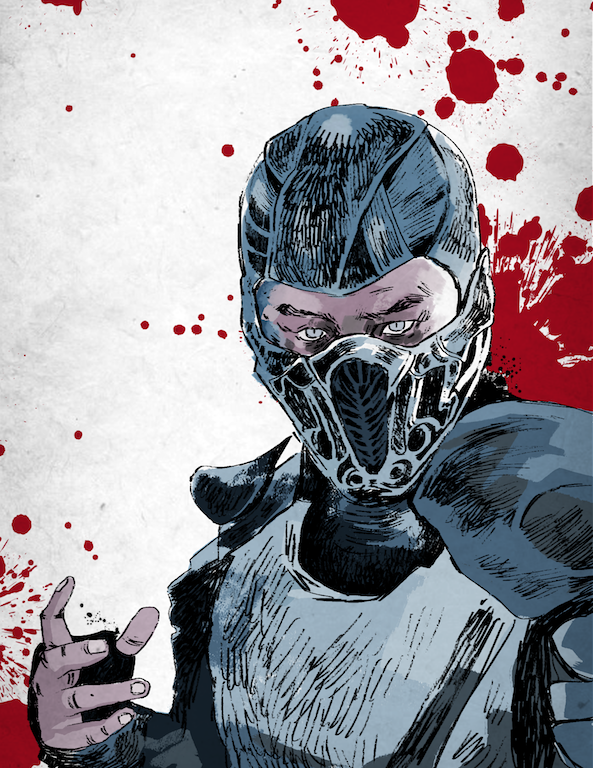 If you’re ready to take the Mortal Kombat plunge, I highly suggest listening to the theme song to get you hyped for the experience. I forgot just how hard the song bangs, mentally transporting me to a 90’s rave, and of course video game nostalgic glory. Once you’ve done that you’ll be in the proper mood to handle many of the underwhelming and sometimes downright awful aspects of Warner Brother’s new blockbuster movie.

Mortal Kombat has always had a convoluted narrative. The film makers unfortunately carry on this tradition. Multiple realms hold tournaments of fighters, and 10 wins in a row gives a realm permission to invade the loser. Earthrealm is at stake in this latest adaptation, but the rules of law are somewhat unclear. It’s understood that Earthrealm has lost 9 bouts in a row and faces impending slavery of the human race from the evil Shang Tsung and his mercenary of sorts, Sub-Zero. Shang Tsung is the kind of fighter who would rather punch you in the groin and pull your hair than play by the rules. Instead of proceeding with the tournament he sends Sub-Zero to eliminate anyone with a Mortal Kombat symbol on their body to destroy a prophecy that tells of the defeat of the realm Outworld.

No thanks to Sub-Zero, this is where the narrative structure of the film quickly melts away, turning into mushy pacing, unclear purpose, and beyond bad character development. Some of the Earthrealm fighters follow the curious Sonya Blade (Jessica McNamee) as she searches for the truth. They must discover their secret power within, to have a chance in the tournament, but the tournament never even happens because Outworld isn’t playing by the rules. It’s kind of like watching a basketball game without a hoop. If the rules of the tournament had been made clearer, it would have added more to the stakes when Outworld steps outside the lines. Instead, no boundaries have been painted, so we the fans are left to pick up the pieces in a painful way.

Cole Young played by Lewis Tan, is the protagonist and a new character introduced to us in the Mortal Kombat multiverse. He is a descendant of the classic character Scorpion. Cole is an underdog MMA fighter who isn’t winning many fights. Much of the film’s journey is seen through his perspective. Regrettably, Lewis Tan’s performance is indeed a performance. The acting doesn’t feel connected to anything of realism, and often feels like a bad stage reading with plenty of telegraphed lines, and elongated exposition. This makes it difficult to connect to any emotion for the almost two- hour feature. Young was an orphan as a child, and is down on his luck now trying to protect his family, but none of it rings true as the tone simply doesn’t match. Lewis Tan looks like a model the entire movie, and is even referred to as “pretty boy” by the antagonistic Kano. It feels as if Cole was written to be edgy and gritty, but the production went for the Tommy Hilfiger model type instead. This conflict of interests, whatever their origin may be, is a conflict in storytelling. It is ambivalence we the audience are too familiar with, all special effects and no substance. There were times where I forgot Cole even had a family because their relationship was so incohesive.

The standout performance is from Josh Lawson, who plays the laser shooting Kano. He’s unpredictable and has a quick but crude sense of humor. A few of his zingers ring in some laughs, and his commitment is commendable. Most of the other performances feel disconnected, and the directing is never strong enough to glue it together. This is a shame because visually the budget is there.

The special effects tap into the original gore and violence that is Mortal Kombat the video game series. Enthusiasts will appreciate classic moves such as Kano ripping a heart out, or someone saying the catch phrase, “Flawless Victory,” after a perfect defeat. Scorpion has his spear, a retractable kunai. Jax has his cyber arms. Kung Lao slices people in half with his special hat. It’s a freak show! The attention to detail will certainly be valued by fans of the franchise.

Sub-Zero may have the least words to speak, but that’s a good thing in this movie. Instead, his action does all the talking. His power of conjuring ice is a sight to behold, and is the most impressive of foes. I’m pretty sure he froze someone’s blood into a giant icicle after he sliced their chest open. Boy enters a room like he’s on RuPaul’s Drag Race. He’s got style.

In the end the sense of nostalgia wasn’t enough to get me over the horrendously told story that doesn’t stand on its own, but alludes to a sequel soon to continue where this one leaves off. The thrill of challenging combat and defeating your nemesis in the games is never realized on the screen.

For an R rated film, we reap the perks of the blood and violence that a Mortal Kombat movie deserves, yet are treated as children with each unconvincing character.

The Falcon and the Winter Soldier: Why Isn’t This a Movie?

Is Usman the best UFC men’s pound-for-pound fighter? There’s a compelling case he has risen to the top