Last year Cyberpunk 2077 was my most anticipated game of the 2020. CD Projekt Red made what I consider to be one of the best games in the last generation with The Witcher 3 and Cyberpunk 2077 was looking to build on top of that. The game came out in December and it even isn’t really out yet. The game is broken on consoles and doesn’t even run that fantastically on PC. This then came... 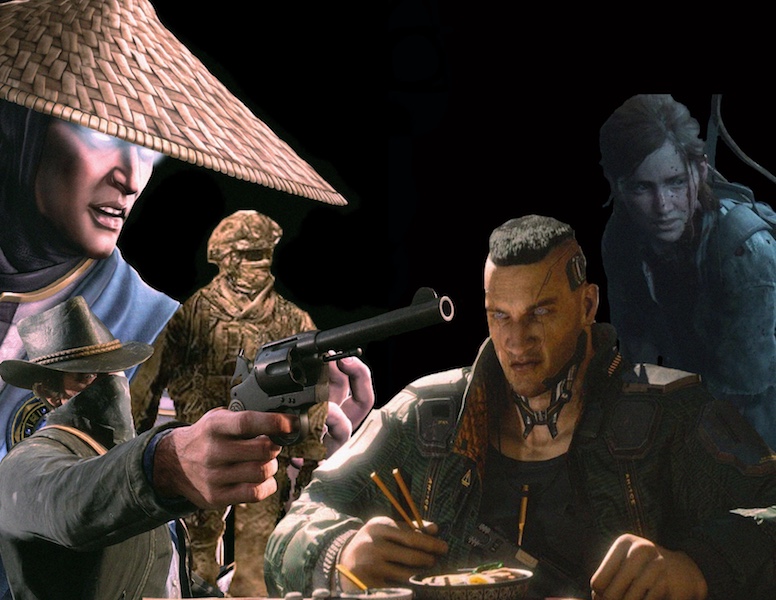 Last year Cyberpunk 2077 was my most anticipated game of the 2020. CD Projekt Red made what I consider to be one of the best games in the last generation with The Witcher 3 and Cyberpunk 2077 was looking to build on top of that. The game came out in December and it even isn’t really out yet. The game is broken on consoles and doesn’t even run that fantastically on PC. This then came with reports of overworked employees and lying to investors in where the state of the game was. This is coming at a time where crunch and bad working practices are getting spotlight shown on them. Not only are these practices finally being noticed and talked about but they have become less sustainable.

Crunch is nothing new. It’s existed in the game industry for a while. Bethesda’s Todd Howard has mentioned that it was a common practice for many of their previous games. While they have recently tried to keep it to a minimum Howard did say that every game deserves a little bit of crunch at the end.

I do understand what he is saying. That a game deserves for the entire team to put everything on the line for the final finish. That sometimes these golden miles is what can turn a good enough game into a great game. Granted if everyone is on board for this final stretch.

I don’t think Todd Howard is trying to undermine any larger issues with crunch issues, but he inverently does. I don’t think people have an issue with putting in some extra for the sake of a good game. The issue remains that people are being inadvertently forced into a hundred hour work weeks away from their family with no extra composition, if they try to refuse it could poorly reflect on future employment, and the larger mistreatment issues that come with crunch.

You’re working on Call of Duty: Black Ops 4 for Treyarch and the company is celebrating the arrival of the new interns. We need to show what a good company this place is so that they can come work for us.

But wait, you’re on quality assurance? Oh, well fuck you. Go back to your seventy hour work week in a small room full of people with no air conditioning and get back to work. You have your air mattress, right? You can all have a sleepover in this stuffy room because we know you like to test for bugs instead of seeing the blue sky. Enjoy your lower wage because you’re a contract employee and therefore not a full person.

An issue that seems to come with crunch is issues with classism. There are constantly people in development that we don’t see that get the worse treatment.

Another story similar to Treyarch. Eighty to a hundred hour work week with people sleeping over in the office. While the long work week wasn’t outright asked for there was an implication that it would affect your future employment if you didn’t comply. Again this was worse for contract employees. This is all the poor practices that we come to expect but there is more that should be answered for. Employees were diagnosed with PTSD due to work on the franchise famous fatalities. This isn’t due to the animation but hundreds hours worth of real life reference material that designers would have to go through.

The larger issue here is that you have workers going through trauma to uphold the studio’s standard. That there aren’t practices to help employees going through some very traumatic material is just immoral.

“Put black bars on the cutscenes!”

Hard to think such a stupid demand would add hundreds hours of work to a game that arguably didn’t absolutely need it. Was it a good creative choice? Maybe. Was it necessary? Not really. But it isn’t surprising that this happened. As Jason Schreier pointed out, Rockstar would constantly throughout mechanics, add new ones, or completely change some without any planned delays.

With this said, reports of crunch and employee experiences do vary. But work for Red Dead Redemption 2 was split across multiple companies in different parts of the world.

To Rockstar’s credit, they have made statements in wanting to become better and acknowledging their criticisms and their former harasser that was a studio head.

Naughty Dog and The Last of Us Part 2

I’m going to keep this one short as you can probably understand the story of these games now. Long work week due to demand on studio heads to fit every cool thing they could think of into the game. Crunch was often enabled by Sony and would even get worse with game delays. You get the idea.

A thing that many of the before mentioned games have in common is that they were still successful despite reports of crunch and bad work practices. People would often overlook these issues and I was guilty of it when it came to Cyberpunk 2077. I was a big fan of The Witcher 3 and I wanted more of that in one of my favorite genres. When reports of long working hours came out despite CD Projekt Red head preaching against such practices I gave them the benefit of the doubt. I could say it was because they were responding to the reports by saying that no one was forced into anything, but there were other reports saying the opposite. I just got distracted by getting a cool game I wanted. Then the game was released and you couldn’t play it on hardware that it was advertised for. Even the PC version has some optimization issues. I got lucky and was able to get a PS5 and while it does run better, it’s still a very compromised version of the game that crashes a lot.

A lot of the issues stemmed from not only the dev team having to work long weeks to get something working that would be impossible but also department heads being unwilling to cut content that they just couldn’t realistically finish in time for release.

All of this information should help you understand my general thoughts on crunch and its effect on the game industry.

My assumption in why this practice has existed for so long is because of dev heads’ demands for their games and their disconnect to the developers that have to put in the hours. With this disconnect comes with poor treatment, some classism, and unawareness of how this might impact employees. Employees then also keep accepting it because they want to keep working in the industry and one bad reference can ruin things for you.

It’s harder for a lot of these practices to go unnoticed in thanks to the impact of social media and the effort of people like Jason Scheier (if you look at my references his name comes up a lot). Luckily, it also seems to be becoming less sustainable. People formerly under Naughty Dog contracts don’t want to work with them again and are warning people about working there. Even after you have made some of Sony’s greatest games you can only get so far without new employment. In the case of Cyberpunk 2077 and CD Projekt Red, the crunch was a product of poor planning and it ended up making the game suffer.

But some of these games are still huge successes, namely Red Dead Redemption 2 and The Last of Us 2, despite reports of their development. And since I’ve started Cyberpunk 2077 I’ve started to feel more and more guilty about this. Despite the issues in Cyberpunk 2077 there are still a lot of things in it that I really like, namely the narrative. We are planning a review of the game once re-released on PSN and I’ll happily help in that. But I would be lying if I didn’t feel somewhat guilty for praising a game from a team with such bad practices.

Maybe things will get better. Rockstar starting to be transparent in how it wants to change its company community is a start and we’ll see how that goes. I’m not a big fan of their games but I would like to see how they update the public about their changing practices. Due to some residual guilt, I probably won’t play any new CD Projekt Red or Naughty Dog games until I see something similar from them.

Rather or not companies get better in their practices, I do think there is a number one thing that all devs should do: unionize. I know it’s easier said than done and that it’s hard to do in such a competitive industry, but I can’t think of any other way that we can more permanently avoid crunch practices. Bad company practices will always exist, but unions will at least make it harder to get away with this shit.

The Human Cost Of Call of Duty: Black Ops 4 (kotaku.com)

‘I’d Have These Extremely Graphic Dreams’: What It’s Like To Work On Ultra-Violent Games Like Mortal Kombat 11 (kotaku.com)

As Naughty Dog Crunches On The Last Of Us II, Developers Wonder How Much Longer This Approach Can Last (kotaku.com)

Amanda Nunes is the GOAT, but Her 6-Year Run has to be in Conversation as One of Best Primes in Sports History