Ten days after assuming the office of the president of the United States, Joe Biden has already signed 42 (at the time of this being published) executive orders. This is more than any other president has done in that timeframe, and more than any of the first 15 presidents enacted during their entire tenure. Ulysses S. Grant, the 15th president, was the first to eclipse the 100 mark, but the floodgates of executive orders really... 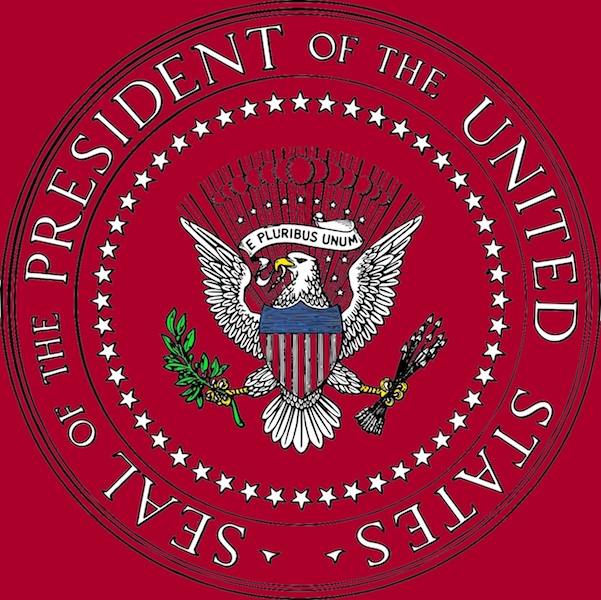 Ten days after assuming the office of the president of the United States, Joe Biden has already signed 42 (at the time of this being published) executive orders. This is more than any other president has done in that timeframe, and more than any of the first 15 presidents enacted during their entire tenure. Ulysses S. Grant, the 15th president, was the first to eclipse the 100 mark, but the floodgates of executive orders really opened with Teddy Roosevelt, who signed more than 1,000 into action during his 8-year run as POTUS.

Teddy’s 5th cousin (seriously) FDR was the granddaddy of the executive order, and signed a whopping 3,728 during his presidency. Biden is actually on pace to break that, but the thought is that most of his focus is taking the quickest path to correcting some of his predecessor’s more harmful legislative moves, and he’ll pump the breaks soon.

Now my first thought when I read the unprecedented numbers, was that Biden simply forgot which orders he signed in the first week and was just doing them again because he is so aloof, but it turns out he did, indeed, sign 42 orders independent of one another.

What is an Executive Order?

According to the American Bar Association, 13,731 executive orders have been put into place since the office of POTUS was first occupied by George Washington. By definition, an executive order is a “published directive from the President of the United States that manages operations of the federal government.” In simple terms, these are orders that are unable to be overturned by Congress, though Congress has historically made moves to make the orders difficult to enforce, by cutting funding or threatening opposing legislation in the form of a more permanent law against the order. Ultimately, only a sitting president can nullify an existing order, all of which are numbered in succession, meaning Biden is working on 13,732 at the time of this article being published. Here is a closer look at them.

Order on Tackling the Climate Crisis at Home and Abroad – Stops the U.S. from entering into new oil and natural gas leases on public land and offshore waters. Also establishes the National Climate Task Force to actively work towards the emission reduction target and the creation of clean infrastructure projects.

Executive Order On Advancing Racial Equity and Support for Underserved Communities Through the Federal Government – Rescinds the racially motivated 1776 Commission enacted by Trump.

Reforming our Incarceration System to Eliminate the Use of Privately Operated Criminal Detention Facilities – Directive stating the attorney general shall not renew federal contacts with private prisons (this one is big shit in the fight against systemic racism, y’all).

Enabling All Qualified Americans to Serve Their Country in Uniform – Reverses the Trump ban on transgender Americans being given the right to serve their country and reap the legislative benefits that come with doing so.

Pausing Federal Student Loan Payments – Extends the Trump order for student loan payments and interest to be paused until at least September 30.

Extend Eviction and Foreclosure Moratoriums – Extends Trump moratorium on evictions and foreclosures until at least March 31.

Preserving and Fortifying Deferred Action for Childhood Arrivals – Strengthens DACA after Trump undid protections for undocumented children (ultimately taking children from their families and putting them in legitimate cages).

Ending Discriminatory Bans on Entry to the U.S. – Reverses restrictions on U.S. entry for passport holders from the seven Muslim countries Trump signed into action early in his presidency.

Termination of Emergency With Respect to the Southern Border of the United States and Redirection of Funds Diverted to Border Wall Construction – Stops construction and taxpayer funding of that godawful, racist wall.

Biden has signed in 15 orders directly related to the COVID-19 pandemic, including creating a position of COVID-19 response coordinator, a position that reports directly to the POTUS about vaccine distribution; rejoins the World Health Organization with Dr. Fauci serving as head of the delegation; a pledge for 100 days of mask wearing; reopens schools as per guidance from the HHS, and a handful of orders related to science and common decency.

A handful of the other orders were in direct response to reversing Trump directives, including a handful related to immigration, and equity. And perhaps the most interesting of the bunch is an order that requires anyone who gets appointed by the administration to sign an ethics pledge barring them from acting in personal interest and requiring them to uphold the independence of the Department of Justice. Wild that nothing like that has existed until now, but this is America and we have a lot of work to do, so the ground floor is where it must start.