Hitman 3 is the concluding chapter to the World Assassination Trilogy that IO Interactive started in 2016 with their soft reboot of the Hitman franchise. What came was a series of games with fantastic levels, moments of tension in figuring out what to do next, and almost non-existent storytelling. IO Interactive has now come out with the final game in this trilogy before moving onto a recently announced 007 game. Hitman 3 is now out... 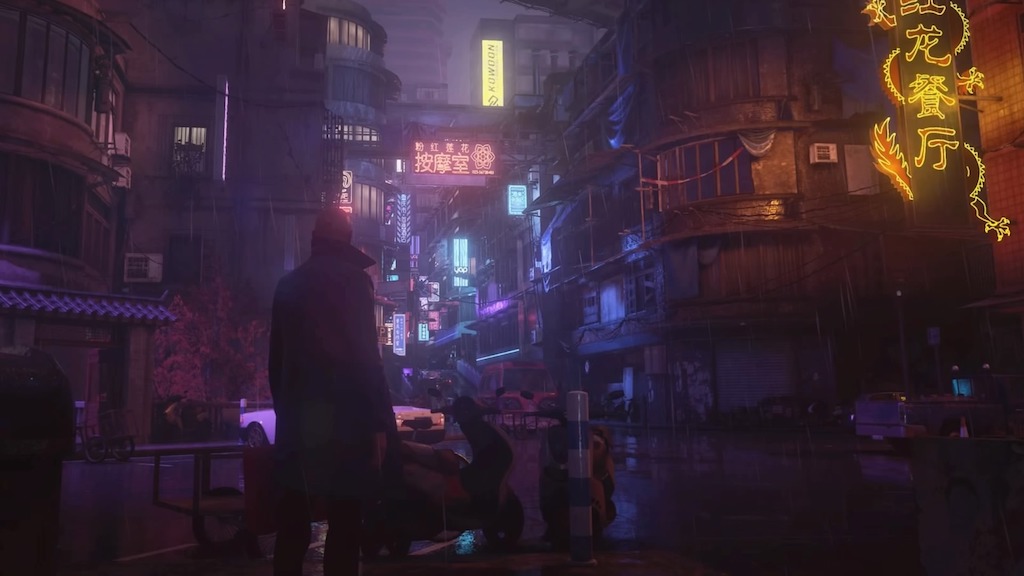 Hitman 3 is the concluding chapter to the World Assassination Trilogy that IO Interactive started in 2016 with their soft reboot of the Hitman franchise. What came was a series of games with fantastic levels, moments of tension in figuring out what to do next, and almost non-existent storytelling. IO Interactive has now come out with the final game in this trilogy before moving onto a recently announced 007 game. Hitman 3 is now out and while it does have many issues it is still might be the greatest game in the franchise.

If you have played the previous two entries in the series you know what to expect here. If you haven’t, this new trilogy might as well just be one game with expansions coming out every two years. The game can have the same immersive and clunky gameplay elements that have you solve puzzles in order to pull off assassinations. It’s one of the most enduring video game series out there.

For those who don’t know the main gameplay of Hitman consists of being dropped into locations with multiple targets to kill or objectives to complete. In order to do this you can sneak around and take out enemies until you reach your targets. But the game highly encourages you to steal the clothes of NPCs in order to deceive your way into victory. The game will also only want you to kill your target and will dock you points from a score that it gives you at the end of the level for found evidence or non-target kills. What I like so much about the game is that while your rating at the end of a level does tell you that Hitman 3 wants you to play it in a certain way it never really forces you. If you really want you can shoot your way through a level you can. It’s hard but you can do it. If you decide to do this the game will lock you out of upgrades, but the replayability of each level makes that forgiving. It’s really easy to just drop into a level and do what you want so while the game wants you to play a certain way it’s not too punishing if you do something else.

Hitman 3 also has some of the greatest level designs in the trilogy. I’ve played many multiple times and found so many different ways to approach missions. The game also has many other contracts and modes to play. Some are already there, some additions will be made to support the game, and there will also be community made contracts for all the available levels. While there are only six levels in Hitman 3 there is a lot of mileage you get out of them with all the additions and different angles being added. And if you also have the previous two games you can update that content with this new entry (with the exception of console exclusive content from the first game, but it wasn’t that special of content). If you don’t own the previous games you can buy expansions that do add the levels. Whether you just buy the game individually or the expansion is up to you, there didn’t seem to be a cost difference on digital prices to me. I do recommend having access to all the Hitman content because it is all fun content that is worth revisiting even after your initial playthrough.

For some down sides some people might be thrown off by some of the clunky elements. Enemies can have some weird behavior and respond to things in confusing ways or not at all, and your character (Agent 47) can get away with stuff that doesn’t make a whole lot of sense. But the more you play the game the more you might realize that this is a part of the charm. A lot of people might have issues with the waypoint system. The game does give you options to have waypoints available for certain story elements which can also help complete objectives. Some people will prefer to just be dropped into the levels blind and figure it out themselves rather than having something that might give the player a little too much. In the first game I would agree that the waypoint may play the game too much for you but in this third entry they actually just point you in a direction. For more unfamiliar players I do think they do a good job getting you familiar with the level layouts for future playthroughs. If you don’t like them you can turn them off and don’t really negatively impact the game that much. I do recommend that at some point you play the game with no waypoints because it can be really fun to just figure out your own direction and find the perfect kill that the developer might’ve not even intended to be in the game.

Each level looks amazing. The art is exceptional with some great looking environments that can change from Knives Out homage to John Wick and Cyberpunk. There are a couple weird graphical glitches like character models flickering in different positions, but these didn’t even bother me that much. More often than not they would just make me laugh instead of disconnecting me. Granted this might be more specific to my weird sensibilities. While I also played on a PS5 the game looks pretty good on all platforms and white previous generation versions come with a free upgrade you can play the game whenever you’re ready. But I got to give a special nod to the PS5 controller while playing this game, the haptic feedback when firing fun or throwing objects just made me smile and got me more enthralled in the experience.

With that said it’s not all perfect. Character models can look pretty plain and the cutscenes can be downright ugly. It’s a shame because the first game had beautiful cutscenes, then the second moved to a still image show, and then the third just looks like they didn’t have enough time. I would say that these issues are underwhelming considering the main focus is the gameplay, but they are still there.

It’s not great. Well… Parts of it are good. The entire trilogy shares the same story with the first two serving as the first act with the third game being the third. It might seem weird that the first two games serve as a single act but the story took a backburner before with the main focus being the gameplay. The third tries to fix this but the issue is that it’s a story with not a very complete first act, so nothing really feels that worthwhile. This is a shame because the game does do a lot right despite the ugly cutscenes. The cutscenes are well framed, edited, written, and acted. They also do feed into the levels really well, creating some really entertaining setpieces. It feels like they could make a story that could be on par with a Metal Gear Solid story but it can’t quite get there because there wasn’t a proper build up. The story ultimately feels like wasted opportunity and it’s an aspect that I hope the developer can improve on in future games.

Hitman is a great game but there are a lot of outside of game choices that hold it back. The game is always online which while it doesn’t break, it still did kick me out of levels because either my wi-fi crapped out or their servers would get overloaded. Also all progression and level ups cannot take place if you are not connected to the internet which feels very limiting. This was especially true at launch which was one I had the most server issues. I also had an issue porting over my Hitman 2 data and unlocked weapons because the IO servers were down and when I did port the content over the next day it had wiped all the progressions that I had made within the Hitman 3 content. Luckily with the way the game is built you get access to everything from the start so I could just move onto the level I left off on, but this was really confusing. This ended up being fine because I had unlocked more content than Hitman 2 than I did in Hitman 3 so it was a more worthwhile choice, but it was a limitation that felt unnecessary. Why should I wait for the game’s network to work before I do anything? Also, I had my save data for Hitman 2 on my console, why couldn’t I just import it from there? Unlocks being hidden behind an internet connection is concerning. Servers do get shut down, is the future of the game just playing it without unlocking new equipment.

In past games there have been contracts called Elusive Target with remixed stages having limited time contracts where you only get one chance with no saves. This can be a thrilling experience and in the past I would have fun with them but then I would get locked out of the content after I had finished or the developer pulled them from the internet. This is annoying because the way I play games is that I just go all in at once and don’t come back for just an hour when something new comes out. So in the past I wouldn’t play all these missions because I would be in the mood for something else. There is a lot of previous Hitman content that I just can’t play because I don’t approach games the way that IO thinks I should. It’s annoying that I can’t kill Sean Bean in Hitman 2 (yes, that was a thing) because I was more in the mood for Doom. I get the limited time aspect can feel exciting but after it feels more restrictive which is how I feel about all of IO Interactive’s online decisions.

I would highly recommend Hitman 3, even with it’s issues. While it’s bogged down with confusing design decisions, it’s still a great experience. With that said it’s not for everyone. It requires a lot of patience and observation. If you like stealth and puzzle games and want to see them weirdly combined you’ll have a great time. If waiting a couple minutes to just see someone you might take out thirty minutes later doesn’t sound like you’re kind of game, move on. Hitman 3 brings some of the best levels that the series has ever seen and gets me excited for their recently announced 007 game. I just hope they can produce a better narrative and move past they’re weird online decisions.