The U.S. response to the COVID-19 pandemic hasn’t been particularly fantastic, primarily due to a lack of preparation and an unwillingness to make human safety non-political, but there’s still hope for a successful rollout of a vaccine, and plenty of reasons for optimism. One way to know when Uncle Sam has a solid plan is when he gives something a really cool name like “Operation Desert Storm” or “GITMO,” and the vaccine rollout falls right... 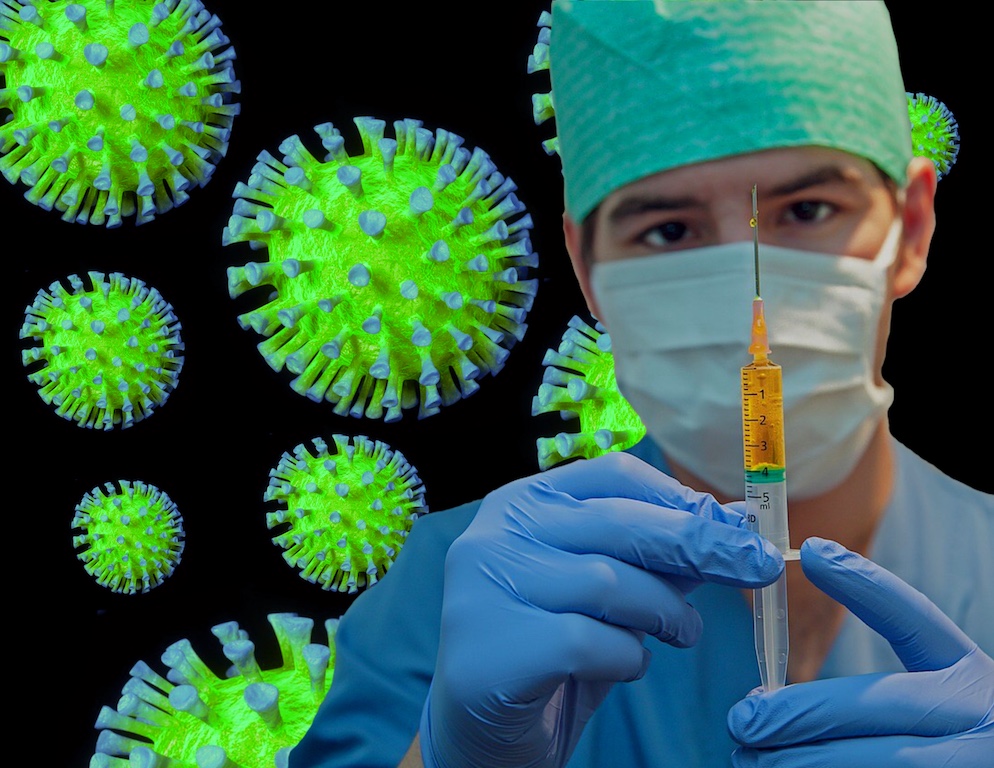 The U.S. response to the COVID-19 pandemic hasn’t been particularly fantastic, primarily due to a lack of preparation and an unwillingness to make human safety non-political, but there’s still hope for a successful rollout of a vaccine, and plenty of reasons for optimism. One way to know when Uncle Sam has a solid plan is when he gives something a really cool name like “Operation Desert Storm” or “GITMO,” and the vaccine rollout falls right in line.

With Congress set up to proudly funnel 15.4 billion American tax dollars into the newly formed U.S. Space Force annually, it should come as no surprise that the vaccine rollout is called OPERATION WARP SPEED (even better when you imagine it being shouted in the same voice of the sales guy in G.I. Joe commercials)! To clarify: The U.S. Space Force and OPERATION WARP SPEED are, indeed, two very real things funded by our taxes.

Say what you will about the red, white, and blue, but when we see a trend in society such as the popularity of sci-fi and superhero films, you can bet your sweet ass we’re going to take cues from those things when putting names on important plans for the safety of a nation full of real humans.  Where countries who are less influenced by the insightful and morally perfect voices of Hollywood went with something like “The Vaccine Rollout Plan” or “The Plan for the Vaccine Rollout,” we went with OPERATION WARP SPEED because we’re the goddam best.

Jokes about the name aside, there is a plan written regarding vaccine rollouts, which is more than most can say about a lot of the COVID response. OPERATION WARP SPEED was penned with language such as “Once a vaccine has received approval from the FDA,” and that time is now. FDA clinical trial information is available on the FDA website, devoid of any language trying to persuade you one way or the other about taking it. This is not an article for or against vaccinations, simply a sharing of the government’s plan to make COVID-19’s available to those who want it. Some industries simply won’t exist (in-person live music, for instance) until people can prove they’ve been vaccinated, but those who don’t want a government sticking a needle in their arm probably have some fair reasons why, as well. You can decide if you want to take the vaccine or not… and this is the plan to get it to those who wish to take it.

As it stands, the United States government will be paying for 100% of vaccinations for those Americans who wish to take it. There are some cases where individuals may have to pay up front due to lags in legislative rollouts, but as it is written, those who do have to pay up front will be reimbursed when everything gets aligned, financially.

As per direction under OPERATION WARP SPEED, the government has pledged $9 billion to the production of vaccines (not quite Space Force money, but close). A hefty portion of this $9 billion has already been paid to companies like Moderna, but the rest of the money is, indeed, intended to be used for purchasing and distribution. Moderna and Pfizer have the two vaccines with the highest efficacy rates, and both are receiving hefty sums for 100 million doses to be produced for Americans. Pfizer, however, did not receive initial funding for their development initiatives.

As far as distribution goes, OPERATION WARP SPEED, is set up in three phases, with the first already underway. The phase plan involves a lot of cooperation from state and local governments, but as long as the federal government doesn’t mandate the use of a vaccine, and simply works to give it to those who want it, there are decent odds that politics stay out of the plans, thus allowing for the cooperation needed.

Most states have already begun Phase 1 of their rollout plans, which, for the most part, involve vaccinations for healthcare workers, and those at high risk of infection like the elderly. Some states will stray a bit, so be sure to research yours, but odds are it’s very similar. Distribution for Phase 1 is intended to be directly to healthcare facilities for staff, and to CVS and Walgreens for the elderly. Both of the major vaccines involve 2 doses, so those receiving it will have to return to the same place for dose two.

Phase 2 recommendations involve focusing on distributing the vaccine to people with respiratory issues such as asthma, or other conditions proven to worsen the effects of COVID, such as diabetes, and then ultimately making it available for everyone else after those groups have had their so-called “first dibs.” These are also expected to be distributed at CVS and Walgreens, but depending on municipality size, hospitals and other care facilities are expected to provide vaccinations as well.

Phase 3 is more of an “ongoing vaccination program” which will play a twofold purpose. First, it will allow those healthy skeptics who decided to avoid the vaccine at first to get it, but it will also serve as a reminder of what things can go back to if we don’t act together as a society.

Keep an Eye Out

Things are moving very quickly, so it’s important to stay informed, especially if you’re someone who has the opportunity to go back to work and feed your family if you can prove you’ve been vaccinated. With this rush-job will also come plenty of false information, so remember that the FDA clinical trials information is available online so you can make your own decisions on whether or not to get vaccinated!

Top 10 Christmas Movies of All Time