As someone who pursued a degree in print journalism in the 2010s, it probably comes as no surprise that I have a lot of bartending experience. I worked in the service industry for the majority of my twenties, and though I can put myself in the shoes of restaurant staff members who have to deal with horrible customers, I can’t even begin to imagine dealing with the pandemic, and the frequently changing doses of government... 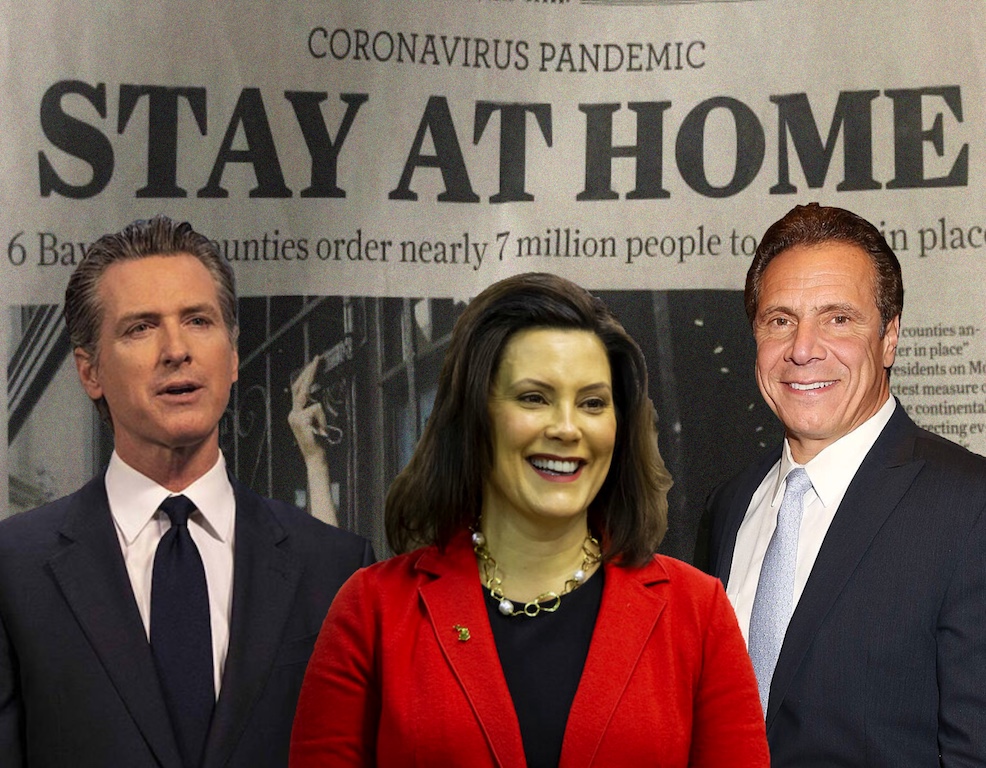 As someone who pursued a degree in print journalism in the 2010s, it probably comes as no surprise that I have a lot of bartending experience. I worked in the service industry for the majority of my twenties, and though I can put myself in the shoes of restaurant staff members who have to deal with horrible customers, I can’t even begin to imagine dealing with the pandemic, and the frequently changing doses of government restrictions that are accompanying it. The financial instability those in the service industry are having to endure with frequently changing restrictions is unlike anything any job force has had to deal with in the past, and most workers just want some form of consistency or something that makes sense given their respective locales.

One of the major (and many, unfortunately) points of disagreement between the left and the right regarding the coronavirus response is whether or not to shut-down businesses. Those governors who have, and are continuing to stiffen shutdown rules point to rising numbers in coronavirus cases, while those governors who are in favor of leaving business open point to rising numbers in unemployment and the amount of local companies going out of business. Fair to remember that being hungry and/or losing your apartment can be just as detrimental to life (and as deadly) as a virus.

Governors in states like Michigan (Gretchen Whitmer, D) and Wisconsin (Tony Evers, D) have received steady backlash from those against government regulation, as they had some of the strictest rules when orders were first being made in the spring. Wisconsin’s rules were overturned in court, and since, COVID numbers have risen as fast as any other states’. On the other hand, states like Florida (Ron DeSantis, R) have been equally berated for not imposing stiff restrictions, and the economy there did, indeed, perform better, in comparison, but the number of cases rose quickly.

In a place like New York, that is a very, very large state, the Governor seems to be basing all of his decisions about coronavirus on the actions of New York City, which is fair, given it’s size… but is it really, for the people in the rest of the state he represents?

If the country could take a deep breath and realize that both of those ideals come from places of helping humans, there might not be such a pissing match between those who are for and against business closures, and some compromises have been made (last section). But, this is America, and most people have to view things as black or white, especially politicians, so let’s take a look at some pros and cons from each side of the argument, as well as some case studies for the extremes:

Pros – COVID numbers drop. A disease doesn’t move when people don’t move, and it’s as simple as that.

Things that sweeten the pot – Stimulus payments. Unemployment stipends for those out of work due to restrictions. Money to business owners. Money… mainly money.

Extreme examples: Illinois currently has a no-indoor-seating rule in place for the whole state, and as it gets cold in the Midwest, this greatly inhibits the majority of restaurants from being able to remain open. Masks must be worn indoors at all times, and outside when 6 feet of social distance cannot be maintained. Their unemployment rate has fluctuated between two times and three times higher than it was pre-COVID, having been lower than the national average before the pandemic, but higher than the average during it.

Takeaway: States are already running out of unemployment money (20 have already had to look for emergency funding from the feds) so to be optimistic about an uptick in paying people forced to stay at home and not work would be dangerous. A robust federal stimulus would make shut downs seem more universally bearable, but federal money is not never-ending either, and Congress loves themselves a paid vacation.

Things that sweeten the pot – Respectful members of society. Businesses not trying to beat the system and following rules.

Extreme examples: South Dakota has the softest restrictions of any state and hasn’t had any major issues percentage-wise, but also only has one city with more than 100,000 people (Sioux Falls, 152,000). Florida, on the other hand, also has soft restrictions, and it’s 10th largest city is still bigger than Sioux Falls. COVID cases in Florida have been aplenty, to put it softly (10,000 reported just yesterday).

Takeaway: If places aren’t densely populated, business closures seem to be a bit overzealous in the fight against coronavirus. It’s almost like the country is enormous and rules should change from city to city instead of state to state… and in some places, that’s happening!

As just mentioned, we live in a very, very large country. Something that may be right for one part, may not be the best solution for another part. Humankind’s inability to see this is a poison within itself, but I digress…

On a state level, that goes the same, as some large cities are so incredibly different from rural areas, that no one would even guess they are in the same country, let alone state. California has been a front-runner in recognizing this, and Governor Gavin Newsom’s stay-at-home orders are dependent upon the availability of hospital beds in an area. If a county’s ICU availability drops below 15%, that county must abide by the strictest stay-at-home order rules for three weeks.

There is simply no solution that pleases everyone, and the disconnect is “Which is worse? The virus or people going hungry?” and neither side should be viewed as a villain in this truly unique situation. Ultimately, a torn government is most to blame for not moving quickly and trying to compromise. As society, being more respectful to opposing opinions than those members of our fine government do is about as good as it can get, as there is no cure for the virus and there is no cure for a two-party system that refuses to work together.

Playing ball (whichever way your state plays it) until a vaccine is safely and inexpensively available, and understanding that no one wants anyone to die, whether by virus or being broke, is our best shot at staying sane and united.

Alex Smith is the NFL Comeback Player of the Year — and there really shouldn’t be a debate.

It’s Manny Pacquiao’s 42nd birthday. Here’s what he has meant to me, the Philippines and a generation of boxing fans.