Good day horror fans. Back with another review of an episode of Cursed Films. This time the episode focuses on the classic film Poltergeist. A stupid, non scary, and at times poorly acted film that I fucking love. Seriously, I think this movie is one the most ridiculous and fun horror movies from the 1980s. If you haven’t seen it, watch it. It certainly hasn’t aged well in some parts (many film directors at the... 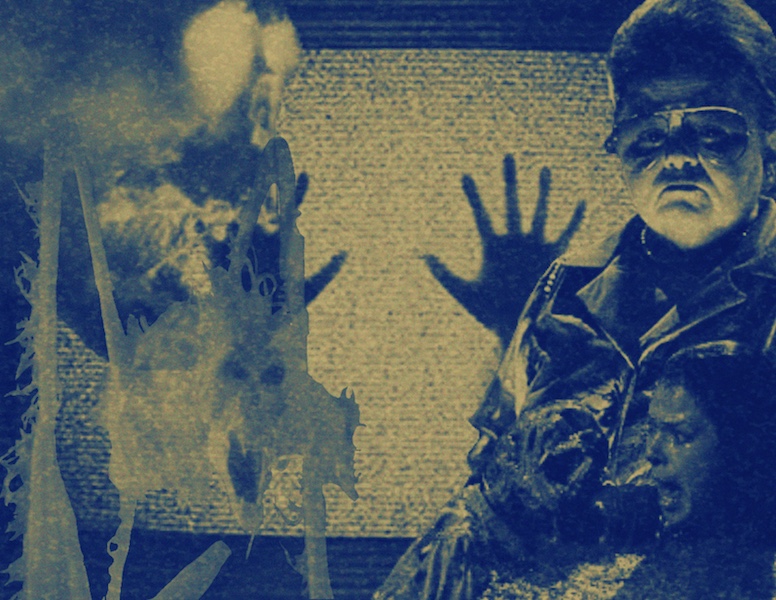 Good day horror fans. Back with another review of an episode of Cursed Films. This time the episode focuses on the classic film Poltergeist. A stupid, non scary, and at times poorly acted film that I fucking love. Seriously, I think this movie is one the most ridiculous and fun horror movies from the 1980s. If you haven’t seen it, watch it. It certainly hasn’t aged well in some parts (many film directors at the time had a habit of saying “good enough” when it came to child acting) but those aspects of the film make it all the more fun to watch. I was happy to revisit this film.  As for this episode of Cursed Film, the episode focuses on the death of two young performers involved in the film. While the show still has its problems it is a huge improvement over the last one to make a relatively enjoyable experience.

First thing I want to address is the opening piece of information given in this episode. If you don’t know it has been long talked about how at the climax of Poltergeist they might’ve (as in they did) use real skeletons on set (you know from dead people). The episode tries to play this detail like it’s a rumor when this is actually quite true. Most people that have worked on the film have said that the skeletons were real. No, they weren’t from any sort of curse burial, they were bought from a legitimate medical supply facility. They were actually used because they were cheaper than getting props. Also it shocks me that people don’t realize this (someone that worked on the film points this out later in the episode), real skeletons are commonly used. They have been used in many films like Vincent Price’s House on Haunted Hill and by many science teachers. So if you ever had a biology teacher pull out a skeleton guess what! You’re cursed now! I really can’t tell if they really just didn’t know this detail was more than just a rumor or if they just wanted to leave it open to interpretation (as did the previous episode tried to do with certain information). If it’s the latter this really a matter of fact and it makes it hard to trust in the show’s credibility at that point.

Luckily, the episode greatly improves after this point. The episode is chock-full of interesting information of the movie on what happened to a lot of these people, what draws people to the film’s cursed nature, and the reason why. The last episode had an issue where it just changed what it was about midway through making the it harder to follow. This episode will often go over to focus on something seemingly irrelevant but it’s often done a quick anecdotal way that is really meant to explain an idea. The episode has a moment where it talks about Hitler’s jacket. If you were asked to wear this jacket that had been worn by a monster, you would likely say no. While there is nothing wrong with the jacket itself, you would associate it with its past. We often associate items and incidents with the past. So when we see the deaths and some unfortunate incidents that happened after Poltergeist it becomes hard not to associate it with the film’s history.

One problem that I had with this series’ first episode is that it never felt like it directly asked the interview subjects on whether or not the film was cursed. This episode they actually had them directly comment on the idea of the curse. Sure, many of the subjects were people that actually worked on the sequels, but to be fair the idea of the film being cursed didn’t really come until after the film. Also many of the subjects were upset by people associating the death of cast members with this curse brought and the skeletons used in the first film’s production. It’s actually a very impactful part of the episode and kind of makes you evaluate how we react to tragedies. The episode still has fun exploring these interesting facets of the film but also properly addresses the very real tragedies of what happened around this movie and gives respect.

There are still some issues with the episode. The pacing does still feel off. One of the first stories the episode focuses on is one actor’s death. It’s an interesting story but it felt like it needed to be built up to. I think the idea was that they would go through the incidents surrounding the film in the timeline as they happened, but it does throw the pacing of the episode off.

My biggest problem with the episode is that it feels like it’s victim to the show’s format. Much like the first episode, it feels like there is still a lot of ground cover. The director of Poltergeist III, Gary Sherman, talked about how after the death of young child performer, Heather O’Rourke, he did not actually want to finish the movie but that the studio had made him. Not only that, but him and many involved were harassed as a result of their continued work on the film. It felt like there was more to cover here but they just weren’t allowed to go beyond the thirty-minute mark for the episode. This is strange considering that this is on a streaming service which allows for far more flexibility.

To conclude, I do think that this episode of Cursed Films is a huge improvement over it’s premiere. I still think the information I found after was more interesting but I do give credit for this episode for getting me started. I do recommend starting the series with this episode but watching Poltergeist before. It will get you thinking about the film’s history but also respect to those that have passed since it’s release.

The Four Most Surprising Things so Far in The Last Dance 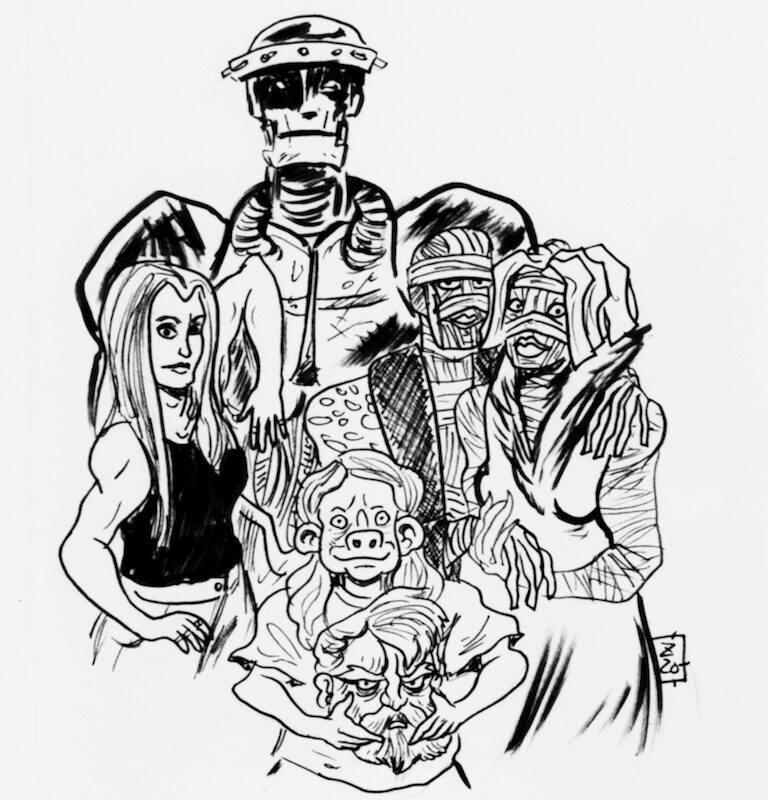 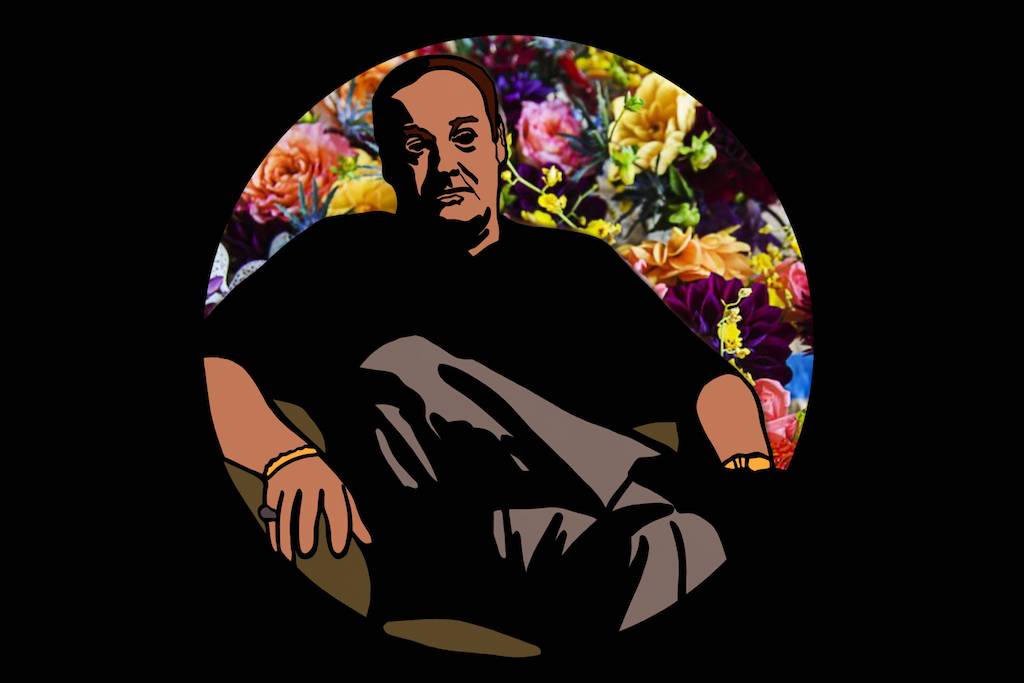