Toward the end of 2018 I found myself putting the final kibosh on an on-again, off-again relationship that I had invested a lot of my time and emotional energy in. To make sense of the relationship and year in review, I did a good amount of reflection before and after the New Year dawned. I thought about my growth in 2018, the lessons I’d learned, and how I wanted to integrate them moving forward. After... 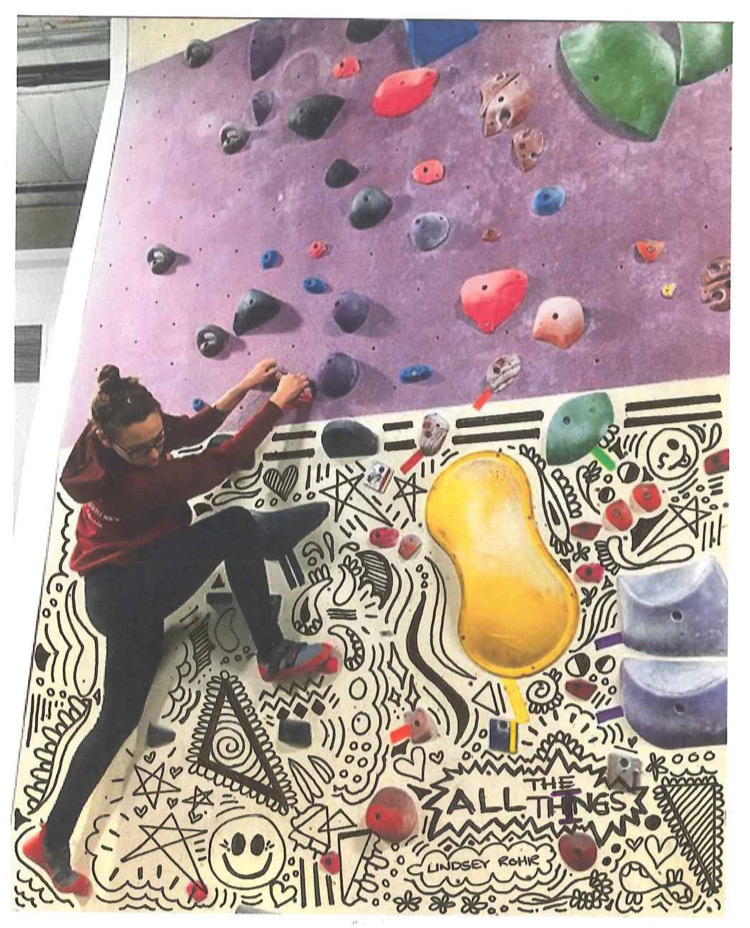 Toward the end of 2018 I found myself putting the final kibosh on an on-again, off-again relationship that I had invested a lot of my time and emotional energy in. To make sense of the relationship and year in review, I did a good amount of reflection before and after the New Year dawned. I thought about my growth in 2018, the lessons I’d learned, and how I wanted to integrate them moving forward. After becoming aware of how totally depleted my love tank became, I was eager to start focusing on myself again. So, while attending a New Year’s Eve yoga class, I was further prompted to slate my intentions for the upcoming year. While considering how I wanted my life to evolve in 2019, I settled on one engrossing intention: I will give myself all the things that I wasn’t getting while I was in the relationship. Things like love, compassion, confidence, validation, consistency, peace of mind, adventure, novelty, and most importantly, happiness! To tackle the mental portion of all the things I made a promise to myself to attend therapy (when needed), do yoga often, minimize the booze, and take more time to decompress. With emphasis on the decompress part – because if you know me, you know I’m the go-go-go type that could use a couple moments to just sit back and be. Next came the adventure and novelty bits. Although I considered myself to be a risk taker that would do things on the fly, I knew that there were some exceptions. Things that involved heights or darkness for instance. Yep, I have an irrational fear of heights (which 23andMe has reportedly found a genetic variant for, so I’m not just a wimp) as well as a fear of being out in remote areas when the sun isn’t out (okay, I’m kind of wimpy for this one). For the consistency part, I aimed to remain the same as I’ve been for the past few years, but with all the activities tacked on. This is to say that when I make a commitment to myself or someone else, I follow through. My word is my bond and I can be counted on to be there – mentally, emotionally, physically, and spiritually. If you need me to be there for you in these capacities, I’m your girl! So, taking everything into account, I basically signed myself up for living 2019 like Jim Carrey’s character in the movie Yes Man. My conversations have been going like this so far –

In alignment with my YES response pattern, here’s a rundown of ALL THE THINGS that I’ve gotten into this year:

In early January, I visited my therapist and shared with her about a new unconventional relationship that I had entered. In talking this through with her we agreed that it sounded like something that was good for my evolution, so I left that interaction feeling like I had made some strides forward in the romance department. Then, on the 19th, I attended the annual Women’s March with my roommate and her boyfriend. While I’m not entirely fond of third wheeling, I set that outlook aside on account of the future for all babes worldwide! After attending the march I was left invigorated with the feeling that I had contributed to something much larger than myself. Allowing me to take the spotlight of consciousness off me and apply it to a bigger picture (which is something I recommend doing as often as possible). The day following the Women’s March, my soul sista Suzy suggested going on a hike to catch the Super Blood Wolf Moon Lunar Eclipse. I had never gone on a hike at night, let alone in complete darkness, so I thought to myself WHY NOT – we’re overcoming fears this year! We started the hike while it was pitch black which made it incredibly eerie. But toward the end of the hike the moon reappeared, beaming brightly down upon the path we’d traveled in the dark. I never realized how much light the moon provided until I saw it’s unveiling that night. Super moon, super cool! I’m so, SO glad that I could overpower my fear of darkness that night. *Pats self on back*. Later that month my friend Carmen invited me to participate in a free spin class at a newly opened studio in Normal Heights. In accord with YES, I agreed to go. This was a leap for me since the last spin class I took was over 10 years ago, and at that time I left the class halfway through because I felt like I was going to keel over and die. But this time around, I made it through the entire class and even started to take some spin classes on my own at 24 Hour Fitness. This all left me feeling proud about how much my stamina had increased since first attempting. All of this further catalyzing my dive into total YESdom.

The day following the Women’s March, my soul sista Suzy suggested going on a hike to catch the Super Blood Wolf Moon Lunar Eclipse. I had never gone on a hike at night, let alone in complete darkness, so I thought to myself WHY NOT – we’re overcoming fears this year!

In between these ventures and my usual musical outings, I also set aside time to journal, listen to podcasts, read spiritual/feel-good books, and connect deeper to myself and those around me. To ensure that I was getting in a healthy amount of that decompression time that I mentioned earlier, I took up vinyasa yoga at Indie Yoga in Ocean Beach. They offer free community classes throughout the week, so I made it out to those as much as I could. I even got my roommates involved in this yoga endeavor – which became a priority in their lives as well YAAAAAS QUEEEEENS! On top of the spin and yoga, I started attending dance classes regularly with my childhood friend Shannon. She and I did competitive dance together when we were growing up and recently reconnected after a run-in at the Hard Rock Hotel. I had been wanting to get back into the groove, so when she mentioned taking a hip hop class together, I jumped at the pitch. She was the perfect partner to dive back into that with! Lastly, I also took up bouldering. Which is an activity I never envisioned for myself since perceived heights scare the shit out of me… and I liken my upper body strength to that of Squidward. But I really pushed all that fear to the pavement so that I could personify the Lindsey I’ve always wanted to be. One that is a risk-taker, an adventurer, and a total badass.

Overall, the commitment I’ve made to myself and others has reigned paramount this year and really set the groundwork for partaking in All the Things.  Through these experiences I’ve been able to tick off the boxes of my mental, spiritual, and adventure needs… and as far as happiness goes – mine is currently off the charts! Oh yeah, and one more thing, I’ve been doing it all sober [insert shocked emoji] … more on that to come in Part 2 of All the Things.

All the Things Pt 3 – The Shift

Seven Years of Drowning, I am ready to come clean—My ‘me too’ story 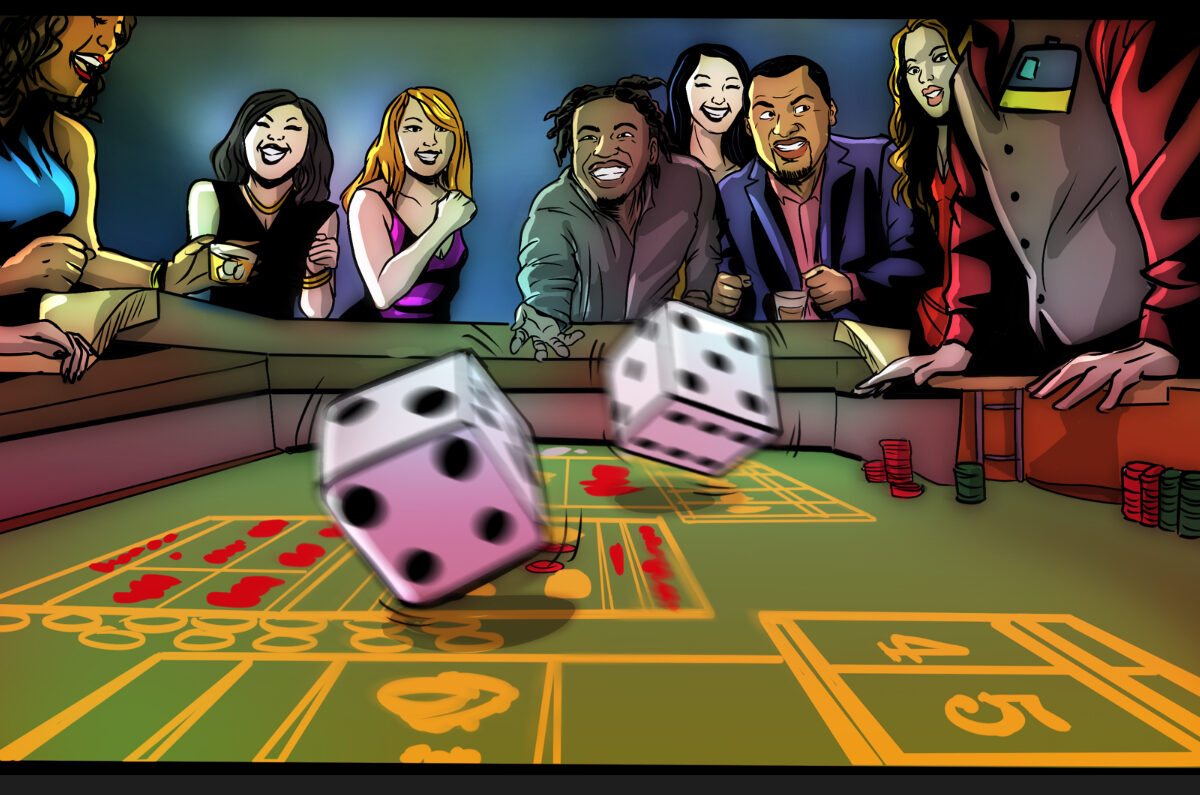